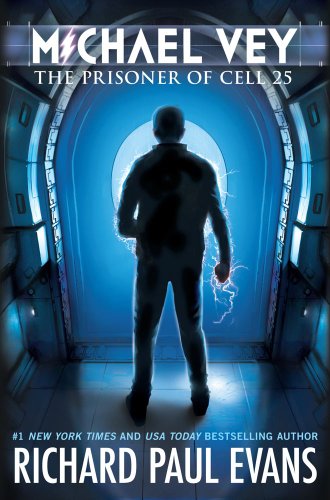 Back Cover:
“Have you found the last two?” The voice on the phone was angry and coarse, like the sound of car tires over broken glass.
“Not yet,” the well-dressed man on the other end of the phone replied. “Not yet. But we believe we’re close—and they still don’t know that we’re hunting them.”
“You believe you’re close?”
“They’re two children among a billion—finding them is like finding a lost chopstick in China.”
“Is that what you want me to tell the board?”
“Remind the board that I’ve already found fifteen of the seventeen children. I’ve put out a million-dollar bounty on the last two, we’ve got spiders crawling the Web, and we have a whole team of investigators scanning global records for their whereabouts. It’s just a matter of time before we find them—or they step into one of our traps.”
“Time isn’t on our side,” the voice returned sharply. “Those kids are already too old. You know how difficult they are to turn at this age.”
“I know better than anyone,” the well-dressed man said, tapping his ruby-capped pen on his desk. “But I have my ways. And if they don’t turn, there’s always Cell 25.”
There was a long pause, then the voice on the phone replied darkly, “Yes. There’s always Cell 25.”
© 2011 Richard Paul Evans

I must say, I was really looking forward to this book. I'd been meaning to pick it up for a while, so when I got it as a gift I was bouncing off the ceiling. And I know they say don't judge a book by its cover, but come on. How can you not with a cover this awesome?
This book is about a boy, Michael, who can produce electric "Pulses", or really big shocks. When he discovers a girl, Taylor, in his hometown who has similar gifts, they(along with Michael's best friend and super genius Ostin) start a club called the Electroclan to discover where they came from.
As they dig deeper and deeper into the past, dangerous secrets are uncovered, leading the clan to a discovery that will turn their world upside down.
My favorite character was by far Ostin. I fell in love with him from the beginning as he dealt with social awkwardness and spouted random facts. As to the rest of the characters- there were a few spots where it was hard to tell who was talking, but other than that they were fairly well-developed.
Characters: 3 stars
The plot really drew me in, and I stayed up past eleven just to find out what happened next. It was original, and exciting with almost non-stop action scenes.
Plot: 4.5 stars
Richard Evens has an engaging style that makes it fun to read, carrying you through the slow parts and into the faster ones.
Style: 4.5
All in all I really enjoyed this book. If you have a minute I highly suggest picking it up.