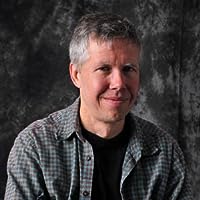 These two blurbs--one from my blog and one from the Night of the Purple Moon page on Amazon—I think sum up my existence.    Writer of YA and MG novels, mysteries, screenplays, picture books, magazine features, newspaper articles, and poetry. I've tackled just about everything except a stage play. Scott Cramer and his wife reside outside Boston in a soon-to-be empty nest/zoo/suburban
farm/art studio with too many surfboards in the garage.


Favorite reads?
When I am writing fiction I often like to read non-fiction. For the past year, I have worked my way through every mountain climbing book on the library shelves. Big mountains, that is: Mt. Everest, K2, Denali… Complex, confident individuals embark on incredibly dangerous endeavors, and quite often they find themselves in very perilous situations.

Inspirations for Night of the Purple Moon?
Number the Stars by Lois Lowery and Homecoming by Cynthia Voigt. Each novel features kids
facing incredible odds. In Night of the Purple Moon, I wanted to create a situation where the
odds were greater and the stakes higher. Finally, I loved The Hunger Games. The novel handles
life-and-death situations with page-turning drama. One of my goals was to write a book that a
reader would not want to put down.

Did you know you wanted to be an author when you were little?
Author was number three on the list. First was being a gold prospector. Second was a jet pilot.
Today I try to catch episodes of Discovery Channel’s Gold Rush. And a few years ago I had the
opportunity of a lifetime when I wrote magazine articles on the Navy Blue Angels and Air Force
Thunderbirds demonstration jet teams. I flew with each team. I am proud to say that in an F-18
fighter jet the pilot performed a “half Cuban 8” maneuver, pulling 8 g’s, and I didn’t pass out.

Andy Pet Peeves?
Whistling. I don’t know why, but I don’t like to hear whistling. Maybe I was dog in my last life,
and I resent people calling me with a whistle. But even worse than plain, ordinary whistling is
whistling in the shower. I play basketball at a local YMCA and there are several people who
like to whistle in the shower. They like the echo and sound quality. And they don’t just whistle,
they warble and trill and drive me into a silent, crazed rage. As soon as I am out of the building,
though, I return to my mild-mannered, laid-back self.

Chocolate or Peanut Butter?
Hmm. . . Interesting that at this very moment I am balancing a square of dark chocolate (with
raspberry) on my tongue. But I’d have to give the edge to peanut butter and peanut products.
I am living proof that someone can exist—quite healthily—on a diet consisting of 93 percent
peanut products. For breakfast I have peanut butter and toast. For lunch, same. I consume a five
pound-bag of peanuts per week. Whenever I see a bag getting low, I make a high-priority trip
to the super market to replenish the stock. Of course my favorite candy bar is a Reese’s Peanut
Butter Cup.

The weirdest thing you've ever done?
In the words of the great Hunter Thompson, the father of ‘Gonzo Journalism’, “When the going
gets weird, the weird turn pro.”
In that spirit, a college buddy and I drove from Boston to Alaska and back virtually nonstop, ten
thousand miles. The trip was one of the most amazing, dumbest things I have ever done.

Is there a soundtrack to Night of the Purple Moon?
Not that I’ve heard yet. Perhaps some serious German Opera. In NOPM, the adult population is
decimated overnight when space dust containing germs penetrates the atmosphere.

Do you need anything to write?
It helps to minimize distractions. But I have learned to be flexible. We have a great cat that
demands that I lift her onto the washing machine to eat 20 to 30 times a day, and two dogs that
interrupt me 80 – 90 times a day, barking at anything that moves outside.

How long do you write on any average day?
Five hours most days. Sometimes there’s a lot of procrastinating and delving into the Internet.
Other times I’m zoned into the story and characters like a laser beam.

Give us the number one reason to read your book.
It captures the perseverance and hope and determination of the human spirit, and it will take you
on a gripping, rollercoaster ride.

Space germs decimate the adult population. Who will survive?
For months, astronomers have been predicting that Earth will pass through the tail of a comet.They say that people will see colorful sunsets and, best of all, a purple moon.


But nobody has predicted the lightning-fast epidemic that sweeps across the planet on the night of the purple moon. The comet brings space dust with it that contains germs that attack human hormones. Older teens and adults die within hours of exposure.
On a small island off the coast of Maine, a group of teens and children struggle to survive in this new world, but all the while they have inside them a ticking time bomb - adolescence.