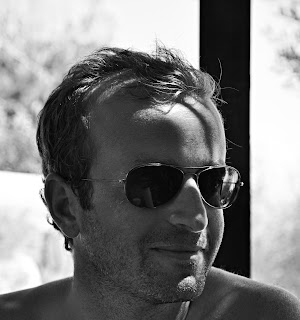 I was born in Rome in 1977, I work as a researcher in the fields of environment and energy, although my true passion is writing.
I have written the tourist guides Bretagna: natura, arte, poesia e mistero tra oceano e cielo and Roma: misteri ed itinerari insoliti, published by Polaris (www.polaris-ed.it/). Adudan is my debut Novel. I have decided to take a gamble with self-publishing on the Amazon platform.


America is the land of opportunity. Self-publishing has made many dreams come true. I'm sure it's a positive sign of changing times and of the direct power that new technologies give readers, bypassing the old, traditional publishing system to give a voice to what for me is the only criterion for publishing success: the public.

Inspirations for the book?
Everything comes in dreams.

Adudan comes from my dream journeys. Many call them astral travel. This is all my writing is something that goes beyond the pages.

Did you know you wanted to be an author when you were little?
No

The weirdest thing you've ever done?
sleep in a lighthouse during a storm

Is there a soundtrack to the book/Favorite music?
the song Promise by Cecilia Luce, a young italian artist friend of mine. It is the song that you can listen in the booktrailer

Do you need anything to write?
Simply emotions.

How long do you write on any average day?
there isn't a definite time. The creative drive always starts with an image. I wake up I take notes on the images that my imagination has produced ... everything comes from them. If there is a strong emotion behind that image do not take it into account. In what I write, there is always a profound message I like to convey and I think that in this sense Adudan it conceals many. This is all my writing is something that goes beyond the pages.

Give us the number one reason to read your book.
Adudan is an urban fantasy which I think is very innovative and special for the message it contains, but I'll leave you to judge for yourselves.
The story comes to life during sleep and in the dreams of Marcel Guivarch, a Breton writer who is able to immerse himself in the memory of an ancestral past. In this land which lies between dreams and reality, the protagonist starts to become fully aware of his true identity and of his mission. Through the visions that a mysterious civilization manages to send him, he traces his life backwards until he discovers that he was Railen, a guardian chosen by princess Adudan, the only sovereign left to rule the planet Atlas after the death of her father.  For Marcel, these visions are the first pieces of a story that traces its roots back into time. 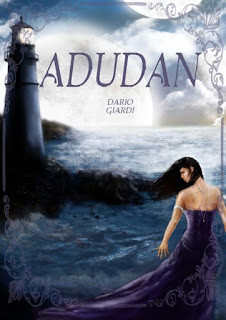 “Only when you no longer fear death will you be able to write your own destiny”
Marcel lives on a small island off the coast of Brittany. He dreams of becoming a famous writer but in his dreams he discovers his destiny and his true identity. A dream journey that takes him to the magical world of Atlas. There he finds out that he was Railen, the elite guard of princess Adudan.
For Marcel those visions are the first piece of a story whose roots go back to the
dawn of time. Memory by memory, he begins to piece together his past, narrating to us the
events that forced him to part with his beloved Adudan.
Dogged and constantly threatened by the Draconians, a cruel alien civilization, the two lovers must separate in order to protect the Crystal of Atlas. But they can’t run forever, the day will come when the Draconians manage to track down the Crystal; and when that day comes mankind will have to be ready and trained to defend itself and write its own
destiny.