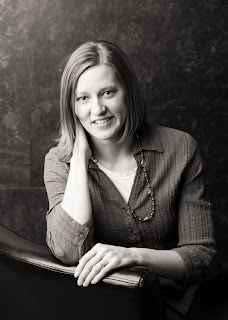 A.L. Sowards grew up in Moses Lake, Washington, then came to Utah to attend BYU and ended up
staying. She wrote most of her latest release while her twin toddlers were sleeping and did most of the revisions while they were supposed to be sleeping, but were really using their crib mattresses as trampolines.

Favorite reads?
My favorite book from 2012 was We Die Alone: A WWII Epic of Escape and Endurance, by David Howarth. It’s a true story about a special-ops mission in Norway that goes bad, and it reads like a novel. (Of course, part of the reason I enjoyed it so much could have been because I’d hurt my back and couldn’t pick up my then two-year-old twins, so my grandma was taking care of them and I just sat back and read it without interruption.) Some of my other favorite WWII-era books include Band of Brothers, by Stephen Ambrose, The Long Walk, by Slavomir Rawicz, and Unbroken, by Laura Hillenbrand. Some of my favorite books growing up were The Witch of Blackbird Pond, by Elizabeth George Speare, Johnny Tremain, by Esther Forbes, The Perilous Gard, by Elizabeth Marie Pope, and just about anything by Alistair MacLean, Jack Higgins, or Dick Francis.

Inspirations for the book?
Sworn Enemy follows characters from my first book, Espionage. At first I didn’t plan to write a sequel, but so much happened in Europe between D-day and V-E Day and I wanted those characters involved in some of it. I thought Yugoslavia would be an interesting setting, and while I was doing research on WWII Yugoslavia, I read a little more about WWII Romania and decided on that for the second book.

Did you know you wanted to be an author when you were little?
It’s a dream I’ve had for a long time. I started out writing picture books on scrap paper at my grandparent’s house. They were self-illustrated, and I’m sure they were horrible, but I guess you have to start somewhere.

Any Pet Peeves?
People in the grocery store who start unloading their groceries on the belt before the person in front of them has unloaded theirs.

The weirdest thing you've ever done?
I swam competitively for about 16 years, and that led to strange shaving habits. We wouldn’t shave all season, and then for our big meet we’d shave not only our legs but our arms too. It felt really cool in the water to have all that hair finally off.

Is there a soundtrack to the book/Favorite music?
I guess if the book had a soundtrack, I’d want most of it to be the type of music Hans Zimmer or John Williams compose, with some period songs like “Lili Marleen” thrown in.

Do you need anything to write?
I just need my laptop and relative quiet, but chocolate never hurts.

How long do you write on any average day?
Depends on how long “nap” time or “quiet” time lasts. On a good day, I’ll get a few hours. I try to
write about 5,000 words a week, but that changes if I’m editing instead of writing.

Give us the number one reason to read your book.
Read it for the awesome battle scene. 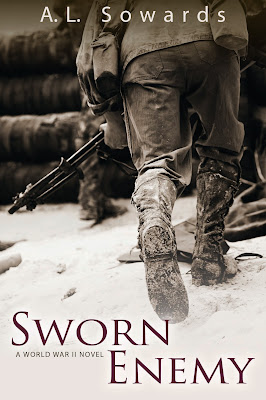 As World War II rages, the people of Eastern Europe are hopelessly trapped between two formidable forces: Hitler’s Germany and Stalin’s Soviet Union. In their midst, a band of heroes prepares for the changes the coming battles will bring.
After narrowly escaping her Nazi captors, French Resistance worker Genevieve Olivier has fled to Allied territory with the help of American Lieutenant Peter Eddy. Their connection is undeniable, forged in the crucible of danger. But despite their blossoming feelings for each other, they must both finish the work they began . . .
In the safety of England, Genevieve hopes to find purpose as a nurse—all the while unaware that the Gestapo still seeks the woman who slipped through their grasp. When she is called upon to resume a life of danger as a French spy, will her desire to prove herself be her downfall?
Recruited by an elite special-ops team intent on thwarting the Nazis, Peter finds himself  engaged in a personal battle as well—there is a traitor among his comrades. Deep in the Carpathian Mountains, Peter combats an unknown foe. The stakes are high as he fights to save the lives of his teammates.
They are miles apart, yet as Genevieve and Peter fight for their own survival, they find a common well of strength in their faith—and their determination to be reunited.

France, 1944: Nobody expects Peter Eddy to survive his first commando mission—to retrieve a code book stolen by the Nazis—so when he does come back alive, his success is rewarded with an even more daunting assignment. Partnered with French Resistance leader Jacques Olivier, Eddy must identify which of three Allied contacts in Calais is a double agent and use the traitor to help implement a strategic Allied diversion that might win the war. Eddy and Olivier secretly cross the English Channel to confront their suspects one at a time, but what appears to be a clean assignment soon turns disastrous, and a shocking betrayal leaves Eddy in the grip of the Gestapo. With the courageous aid of Olivier and his sister, Genevieve, Eddy evades his captors with a dangerous escape plan. But as the Allied invasion approaches, treachery in the least likely places leads to fresh graves in the bloodied European soil—and only the power of loyalty and love can transform tragic endings into new beginnings.

*Giveaway*
Ends 8/16
Choice of paperback (shipping in US only) or Kindle for either Espionage or Sworn Enemy.