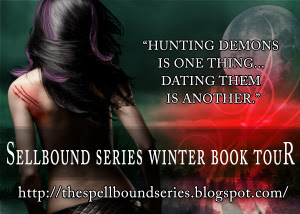 Today author Sherry Soule has some exciting news to share with us! All the previously published books in the Spellbound series have been rewritten and republished with more epic romance and suspenseful thrills. The new versions also include exclusive bonus material and brand new scenes. Even additional scenes from the charming bad-boy, Trent Donovan’s point-of-view! To help promote the new editions, she is doing this awesome book tour to share the update with fellow booklovers.

In this fun guest post, the author has asked the heroine of her popular YA series, Shiloh to stop by. She has started her own advice column “Dear Shiloh.” Since several people have asked Shiloh for help with some “very” interesting topics, she’s generously taken time away from her supernatural studies to answer them. Pasted below are some of the emails sent to her. Enjoy the snark!

My boyfriend and I have been together for six months and I love him a lot but I think he loves his computer and his X-box games more than me! He never takes me on dates anymore. I love him bunches, but I don't wanna feel ignored all the time. I don't know what to do!

It’s great that he’s into video games, but he should make time for you, too. If he can’t—I advise you to either unplug that X-box, or just move on and find someone who appreciates you like my honey, Trent.

I think my house is haunted. Objects move by themselves, I hear whispering and moaning at night, and often the rooms get super cold. Once I saw a ghostly figure in the hallway. It freaked me out. What should I do?

A. Dear Scared of Ghosts,

Sounds like your house is definitely haunted. My mentor Evans says that often a ghost simply wants to be recognized and sometimes they like to just hang out. Maybe the ghost really wants to play a game, like Monopoly before he/she ventures into the light. Always remember to be a good host, and even, offer your ghostly roommates some kind of entertainment.

Lately my boyfriend has been acting kinda weird. Sometimes he gets all aggressive, and then he acts all testosterone-fueled. And he seems to be inhumanly strong. One time he got so mad that he actually snarled like a wolf. Plus, he’s gotten a lot hairier, too. Whaddya think’s going on?

Well, his odd behavior might be a paranormal dilemma. He could have a serious lycanthrope disorder. Not sure what to tell you about his bad attitude, but you could buy him a bottle of Nair for his hairy bod. Evans told me that were-creatures cannot enter houses of worship or walk on sacred ground. Try taking him to a graveyard or church and if he freaks out—well, then you’ve got major problems, and it might be best to contact either the Paranormal Research Group or animal control.

I think I might have a “Devil’s Mark” like yours. Does that mean I have demon blood inside me? It itches a lot and occasionally the scar even pulsates like a heartbeat. Sometimes when I get upset or mad a ball of flames appears in my hand.

Okay, it could be one of three things. One, you’re possessed by something evil. Two, you were “marked” by a demon named, Esael. Or three, you’re a half-demon, otherwise-know-as a cambion. If its number three, then you should know that in medieval legend, a Cambion is the offspring of a demon and a human. I sure hope it’s something simple like possession. Best of luck!

My BFF got hit by a car and we thought she died. But now she talks with an odd gurgle sound, she shambles around school, and she looks all insipid and blue-veiny. Recently, she’s had a weird craving for brains and she smells like embalming fluid. I think something’s terribly wrong with her!

Yikes! This doesn’t sound good. I fear your BFF has turned into a zombie! But on the plus side, I’ve read online that zombies can often be affectionate, but hugging one often leads to, well, having your brains eaten—so you’ve been warned.


~~~~~~~~~
Hope you enjoyed this comical post. Now go feed your mind and read a book! Preferably 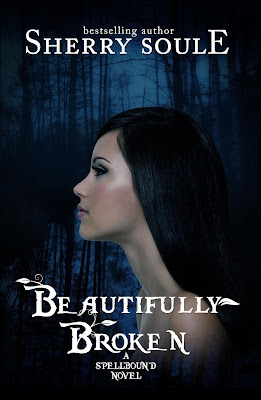 Deadly Witchcraft. Ghostly Threats. Doomed Romance.
They say every town has its secrets, but that doesn’t even begin to describe Fallen Oaks.
The townsfolk are a superstitious lot and the mystical disappearance of a local teen has everyone murmuring about a centuries old witch’s curse.
When sixteen-year-old Shiloh Trudell takes a summer job at Craven Manor, she discovers a ghost with an agenda. That’s where she meets the new town hottie, Trent Donovan, and immediately becomes enchanted by his charms.
Finally, Shiloh’s met someone who is supercute and totally into her, but Trent is immersed in the cunning deception that surrounds the mysterious Craven Manor. So much so that he may lose sight of what is truly important to him. And she can’t decide whether she wants to shake him or kiss him. Yet neither one of them can deny the immediate, passionate connection growing between them.
But underlying everything is the fear that Trent may be the next victim on a supernatural hit list, and Shiloh is the only person with the power to save him…
With cryptic messages from a pesky wraith, Shiloh will finally begin to understand the mysterious significance of the strange mark branded on her wrist and decide how much she’s willing to sacrifice to protect the other teenagers in town.
Unfortunately, for Shiloh, not all ghosts want help crossing over. Some want vengeance.