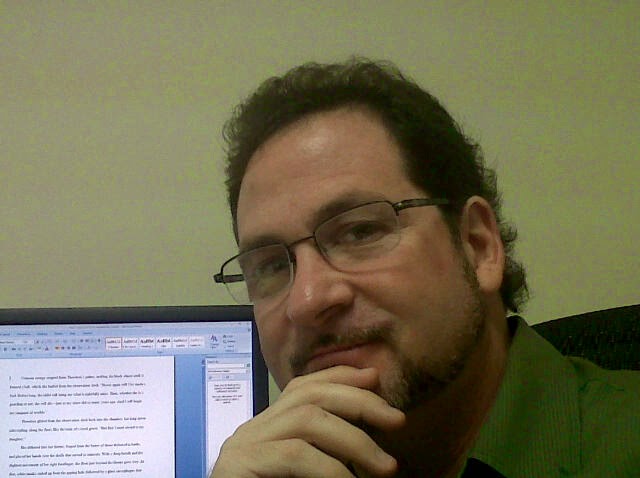 I am a former longtime newspaper journalist who now works in government affairs on California water issues. I also teach College English at a California Community College in Southern California. In my spare time, I do freelance writing for a regional human interest magazine. Guardian’s Nightmare is my first novel. The second book in the series, Hero’s Way, is due out in early 2015. Along with that series, I have completed two other books, one a pirate story and the other a story of a young man whose genetic disorder might just make him a superhero. I reside in California’s desert Southwest with my wife, two sons and two crazy dogs.

I am a big fan, like so many other fantasy writers, of J.R.R. Tolkien, so all of his books from The Hobbit, to the Lord of the Rings trilogy to Silmarillion and The Children of Hurin are all on my list of favorite books. I am also a big fan of the Star Wars literature that expands on the universe created by George Lucas.

Like all the books I write, the inspiration tends to come from my own experiences in my youth. For this particular book, the inspiration came from a time when my family moved to a new home, and I had to attend a new school. It was really tough fitting in and that brought some new challenges and struggles into my life. Keep in mind when I started the book, the lead character was a boy, but somewhere along the line I decided the character might work better as a girl. I guess the strange part, one I still am not so clear on, is how I took the struggles of being in a new school and turned it into a fantasy story involving magic and dimensional portals.

I always enjoyed writing, even as a kid, but I think I knew I wanted to be a writer the summer before my freshman year of high school. That was the year Ghostbusters came out, and when I saw it, for some reason I was amazed at the kind of writing that could make these actors so funny and make audiences react with such laughter. I knew then I wanted to make people react a certain way with the written word. I went home immediately and wrote my version of Ghostbusters II (nothing like the movie that actually came out). But from that point on I knew that someday I would write books.

My own lack of time to write.

Peanut butter straight out of the jar on a spoon. No bread. No jelly.

Not sure this is the weirdest, but my friends and I did dare each other one summer to jump off the pier in Redondo Beach, California. I was the only one to jump.

I don’t really have a soundtrack, but music plays a critical role in my writing. I usually listen to my iPod as I think of scenes, and music by Rush, Genesis, Journey, AC/DC, Ozzy, The Police and so many more really help me to get into the scenes.


Do you need anything to write?

Just time and quiet (although music helps me to focus as long as it’s not too loud).

I don’t measure my writing quite like that. I tell myself if I can write ten good pages a week, than I am moving in the right direction.

Keep in mind, it’s for middle grade and young adult readers (though I think adults will enjoy it, too). But the number one reason to read my book is that it is pure escapism fun. It’s the kind of book that will take you on an adventure, one you could complete in one weekend of reading. 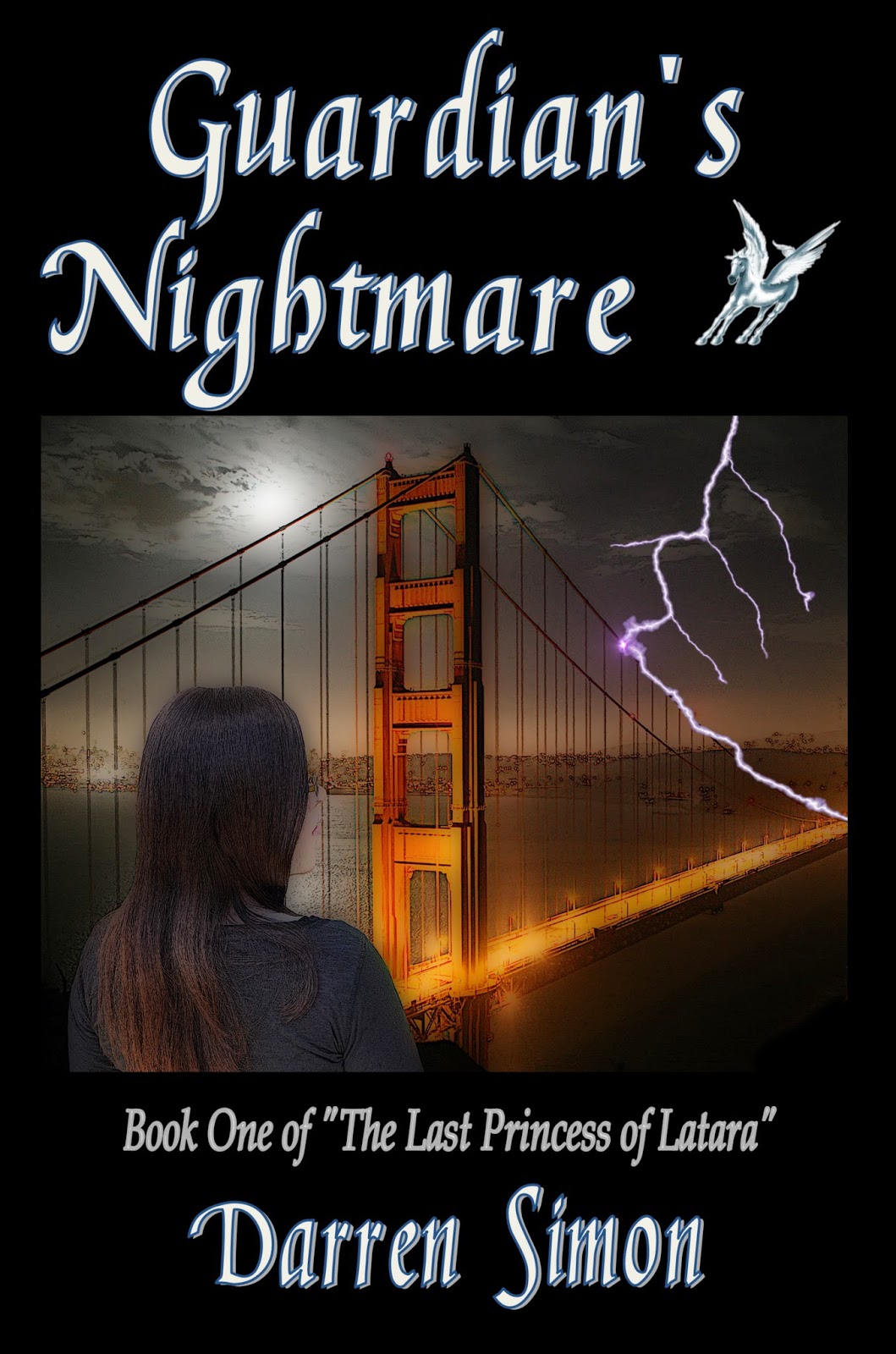 Charlee Smelton is a thirteen-year-old girl adjusting to her new life in San Francisco. Bullied at school, friendless, she is having trouble just trying to figure out where she belongs. Then, she receives a gift of the most hideous bike she’s ever seen. Despite all efforts, she cannot seem to ditch the heap of scrap metal on two wheels, as if the bike might be something more than it seems. Next come the strange dreams about a princess and a giant knight in some far off mystical land. She soon realizes she has bigger problems than fitting in at school. Ultimately, she will have to discover the truth about who she really is to save herself, her family—the world—from an evil only she can defeat. But will she discover the truth too late?