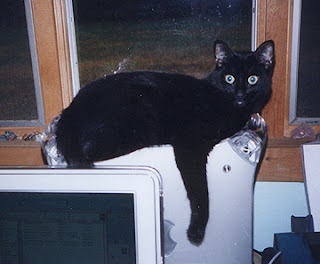 Despite the evidence of the accompanying photo, C. M. Barrett is not a cat. Because she has to spend so much time thinking like one in order to write her series, A Dragon's Guide to Destiny, and to survive in a home run by feline overlords, she sometimes forgets that she's human. The cats encourage this until it's time for a run to the pet store.
She lives in upstate New York in the woods. Besides writing, reading, and serving her overlords, she paints in watercolor, observes wildlife, and daydreams.

Favorite reads?
I am basically an omnivorous (and voracious reader). At the top of my reading pyramid you will find Terry Pratchett, a number of Irish authors, and almost any book with animals (especially cats) as main characters.

Inspirations for the book?
My initial inspiration came after the first time I visited the Florida Everglades. Its beauty and abundant wildlife entranced me. Then, in one of those weird right-brain switcheroos, I saw a dragon there, a water dragon, naturally. I asked myself what that dragon would do if his swamp was threatened. The answer to that question was Big Dragons Don't Cry, the first volume of A Dragon's Guide to Destiny.

Did you know you wanted to be an author when you were little?
When I learned to read, I decided that words were magic, and it didn't take me long to decide that I wanted to make some magic, too.

Any Pet Peeves?
Typographical errors, instructions that don't instruct, and packages that practically have to be opened with sledgehammers or dynamite.

The weirdest thing you've ever done?
I think I'd better keep the weirdest things I've done private, but I can tell about the weirdest thing that ever happened to me. I lost a lot of money in an Irish bog, and the fairies returned it to me by leaving the notes in individual rain puddles. I am unable to explain this event, but I have witnesses.

Is there a soundtrack to the book/Favorite music?
I'd love for the book to have a soundtrack, but it doesn't. My relationship to music is very similar to my relationship with books. I love classical, Irish, 60s, ragtime, and lots of contemporary music. I'm always interested in hearing something new.

Do you need anything to write?
Music is nice, but my only requirement is water. It seems to charge up the brain cells.

How long do you write on any average day?
I usually can't write more than an hour at a stretch. Some of that writing will usually be for my blog or for nonfiction work, and sometimes interviews. Book writing, which also includes revising and editing, averages a few hours a day.

Give us the number one reason to read your book.
This book is perfect for those who like fantasies with elements of humor and for cat people. It started out being all about dragons, but a shocking number of cats took over—which makes this book a lot like my life. 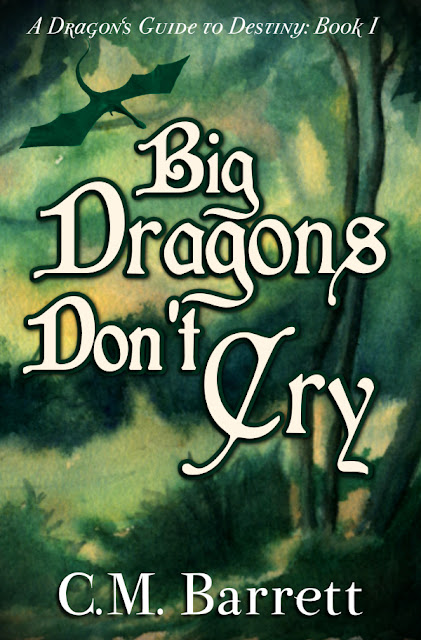 Morale in the country of Oasis has never been worse. The Earthers, a tree-hugging sect, beg forgiveness for their crimes against twigs and weeds. The Godlies preach penitence and suffering and inspire their followers into submission by threatening them with an afterlife spent being chased by a fire-breathing dragon.   All Oasans fear the dragon in the swamp at the country's edge, and they don't know that he fears them. Druid, a water dragon who puts out fires, steams up when he learns that a cunning opportunist intends to exploit dragonphobia and have the dragon killed so that he can level the swamp for suburban housing.    Tara, a kitten with charisma, is trying to bring humans back into balance. She needs to enlist Serazina, a young human woman who hides her ability to read emotions in order to avoid imprisonment in the Ward for the Chronically Crazy. Serazina's troubles grow when Phileas, Guardian of Oasis, chooses her to be the mother of the heir he so badly needs. Before he can consider fatherhood, he needs to stem the mysterious rumors that he's soft on dragons.   Somehow these four must overcome communication difficulties, mutual mistrust, and delusions of human superiority to save the country. Otherwise, even though Druid doesn't breathe fire, Oasis will be toast.