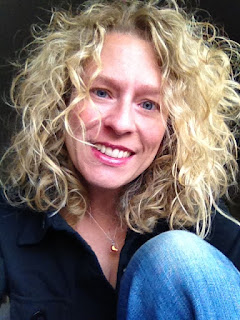 Born in Chicago, Illinois, a few days prior to watching her first movie, at a drive-in theater. Yes, drive-in theater. And yes, her mother believed she was possessed by the devil after said first movie.
Grew up in the Chicagoland area and graduated from the University of Illinois, Champaign-Urbana, where she simply became a number, but decided it was a good number.
Loves cooking (mostly candy-cooking), gardening (putting holes in the ground for perennials, DONE!), designing and constructing jewelry (everything from silversmithing to lampworking), and living with her wonderful husband, two children, black Labrador, and frog—and maybe even the chipmunk family that likes to destroy her aforementioned perennials.
Also hopes that you enjoy her writings, and won’t criticize her for her aversion of eating things in multiples of three.

Inspirations for the book?
Yes, some really crappy, bad stuff that was happening in my life, and past tragic events that were forcing me into a very dark place. Once I gathered the courage to face all these things and began writing them down, these horrible events morphed into something magical and inspiring: the land of Renhala! It has transformed my life and I am in such a better place right now. I can’t stop!
Writing is extremely therapeutic and I say to anyone needing an outlet for angst, try WRITING! I say prove me wrong that any literary jam session is not going to help . . . Seriously, write it down! See what happens.

Did you know you wanted to be an author when you were little?
Honestly, nope. Unfortunately while in 3rd grade, I had a very persuasive teacher tell me she thought I would make an excellent accountant. You teachers out there know how influential you are, right? I strived for that for the next fourteen years…but now I’m happy, post Renhala.

Any Pet Peeves?
When people use a pen/marker then set it down without putting the cap back on!! There are people who can’t afford such luxuries and you’re all letting your writing utensils dry out?

Chocolate or Peanut Butter?
What is this you speak of? I don’t understand the “or,” only “and.”

The weirdest thing you've ever done?
The weirdest thing I ever did was probably the time I dressed up as an Easter bunny for a 7-Eleven, but the dressing up is not the best part! You see, there was a child—probably about eight—that was hiding with a friend of his down an aisle, flipping me the middle finger.
So, I had my mother (who was not dressed up as a bunny rabbit) corner them and make them sit on my lap. Let’s just say that our one-sided conversation probably scarred them for life.

Is there a soundtrack to the book/Favorite music?
When it comes to music, I’m really all over the place. My dad was in a 50’s & 60’s band while I was growing up and I came to love me some oldies. But “Enjoy the Silence” by Depeche Mode is bound to be playing at some point, and oh! The Cure, anything by The Cure. And just simply for theme (karma) Justin Timberlake’s “What Goes Aound Comes Around.”

Do you need anything to write?
Starbucks Earl Gray Tea lattes, and my endless supply of post-it notes and little tiny notebooks (especially if they have glitter on them).

How long do you write on any average day?
I don’t measure in units of time. I measure in Starbucks Earl Gray tea lattes. Let me say I am of super-titanium-kryptonite member status.

Give us the number one reason to read your book.
I triple-dog dare you to! In seriousness, it is like no other book you’ve read. I like to think it is unique, making it very memorable, for who else has deadly, white bunny rabbits with talons in their books? 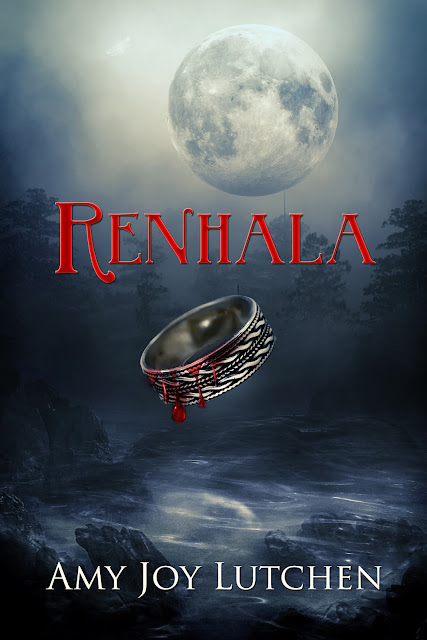 Kailey Rooke, timid accountant, dedicated to philanthropic work, finds herself spiraling into a deep depression after she suffers a horrifyingly odd and humiliating assault, to only discover more of these freakish assaults occurring across the globe.
A chance discovery leads Kailey to a meeting with elderly Gunthreon, actual master of persuasion. Gunthreon, who seems to know too much of Kailey's history for her liking, opens Kailey's eyes to a coexisting realm she never knew existed: Renhala, while entrusting her with the knowledge of her newfound power as karmelean, serving as a beacon for karma from the Higher Ones. Kailey slowly starts revealing new talents, and Gunthreon is fascinated with what she starts achieving.
She soon discovers that Renhala is in danger, and this danger has been leaking into her own realm. As she uncovers secrets within herself, and toughens up, she fuses with an unlikely band of fellow travelers (including a dragon, woodsprite, six-hundred-pound greble, her faithful female canine companion, and a "giver"), balances the egos of two very strong males, deals with her sexy and flirtatious best friend’s “issues,” and finds the courage to master a new deadly weapon.
On her mission to save Renhala, Kailey will find herself running from life-threatening disasters, such as greble Tartarin, who likes to remind Kailey that when he catches her, he plans on eating her brains with ice cream; she'll run from the deadly meeples: small cute bunnies with talons and an undeniable thirst for imposing self-destruction on others. Kailey will also run into the possibility that a centuries-old Renhalan rumor is true, that advanced technology existing in Kailey's realm shortens all life spans.
As blood is shed and puzzles near completion, Kailey pulls from deep within herself, conjuring up mystical qualities that enable her to astonish as once predicted at her birth, but despite the newfound strength, Kailey will discover that monsters not only come in ugly packages, but can be easily disguised as those she has come to love and trust.