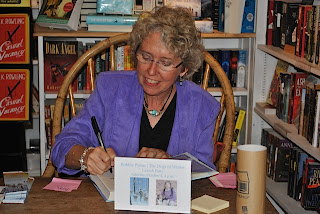 Any Pet Peeves?
The phrase “point in time”, writers who overuse exclamation points! People who don’t treat their animals the way they’d like to be treated, clothing without pockets.

The weirdest thing you've ever done?
Hummm….that’s a tough question. There’s probably a lot of people out there who think I’m weird, but I, of course, think I’m boringly normal. When I’m intensely immersed in writing a new book, I’ve been known to do some weird things like put my purse in the refrigerator, the phone in the microwave, or sign one of my character’s names on a check. Is that weird?

Is there a soundtrack to the book/Favorite music?
I have to have music playing when I’m writing, often a certain type of music. When I wrote my first book, THE RING, I mostly listened to the soundtrack to the indie movie Garden State. When I wrote my second book, A DOG’S WAY HOME, I listened to a lot of traditional bluegrass (Allison Krause) and the soundtrack to the movie Oh Brother Where Art Thou. A really cool aside: my editor for A DOG’S WAY HOME, Molly O’Neill, sent me a CD of the music she listened to while she was editing my book! With THE DOGS OF WINTER, I couldn’t seem to settle on a certain type of music to listen to while I wrote. At first, that kind of freaked me out. But after a while I relaxed and just listened to whatever I felt like that particular day.

Do you need anything to write?
I need a cup of hot tea and music.

Give us the number one reason to read your book.
It will hopefully make you look a little differently at that homeless person or animal living on the streets. If I’ve opened a crack of compassion in the reader’s heart, I’m a happy camper. 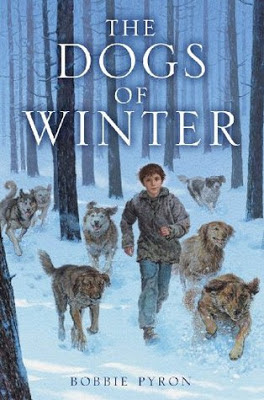 Based on a true story.
When Ivan's mother disappears, he's abandoned on the streets of Moscow, with little chance to make it through the harsh winter. But help comes in an unexpected form: Ivan is adopted by a pack of dogs, and the dogs quickly become more than just his street companions: They become his family. Soon Ivan, who used to love reading fairytales, is practically living in one, as he and his pack roam the city and countryside, using their wits to find food and shelter, dodging danger, begging for coins. But Ivan can’t stay hidden from the world of people forever. When help is finally offered to him, will he be able to accept it? Will he even want to?
A heart-pounding tale of survival and a moving look at what makes us human.