The Forbidden Trilogy by Kimberly Kinrade 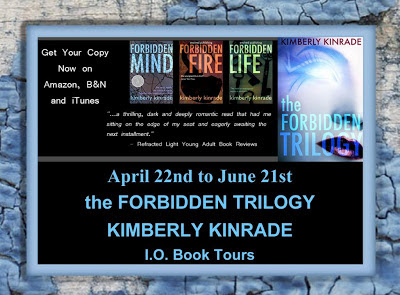 My employers pay me well to be right, to know things others can't. But I don't know why they brought that boy in, strapped to a stretcher, barely conscious. He asked me for help when I could give none.

I'm a wealthy spy, a talented artist, a martial arts black belt, and a prisoner. They tell me that on my
eighteenth birthday, I will be released, free to go to the college of my dreams. It's my eighteenth
birthday, and a man in black is at my door. I know he's not here to free me.

I know, because I can read minds.
My name is Sam, and this is my story.

So begins the tale of Sam and Drake--from the time they link minds, forging a bond that leads to an unconventional romance--to their fight for survival against the corrupt, twisted organization known as 'Rent-A-Kid.'

"...a thrilling, dark and deeply romantic read that had me sitting on the edge of my seat and eagerly awaiting the next installment." ~ Refracted Light Young Adult Book Reviews

"She escaped, but she'll never be free."
"Time held no meaning as my mind darted in and out of memories. Past and present collided to create a full-sensory collage out of my life: playing hide-n-seek with my best friends Luke--who always cheated by walking through walls when he was about to be caught--and Lucy; Mr. Caldrin critiquing my sketches and offering ideas to make them more realistic; targets changing faces, blending into the same person, their thoughts rippling through my mind like waves. Through it all, a demon stalked me from the shadows of my memories, never quite showing its face, but crouching, waiting.
And then I dreamed...."

Sam and Drake may have escaped, but they aren't free—not with a powerful Seeker after them. As Sam struggles with the ethics of her new powers and embraces a blossoming physical relationship with Drake, Lucy and Luke face challenges of their own.
With forces coalescing inside and outside the Rent-A-Kid dorms, it's only a matter of time before the fire they started forces each of them to make choices they can't undo. But will it be enough to save them?

The road to redemption begins in darkness.
A sinister force waits for them in darkness, ready to devour their powers and take their lives.
Sam's baby is the key to a lock that must never been opened. To keep her child safe, Sam will do anything.
Drake might have found a way to get his powers back and save his family, but is it too late?
Luke and Lucy uncover secrets in an organization they thought they could trust, and the lives of all Rent-A-Kid children are at stake.

In this last Forbidden Trilogy installment, the secrets to Rent-A-Kid will finally be revealed.

Kimberly Kinrade was born with ink in her veins and magic in her heart. She writes fantasy and paranormal stories for children, YA and adults and still believes in magic worlds. Check out her YA paranormal novels Forbidden Mind and Forbidden Fire and her illustrated children's fantasy chapter books Lexie World, and Bella World, all on Amazon.
She lives with her three little girls who think they're ninja princesses with super powers, her two dogs who think they're humans and her husband, also known as the sexy Russian Prince, who is the love of her life and writing partner. 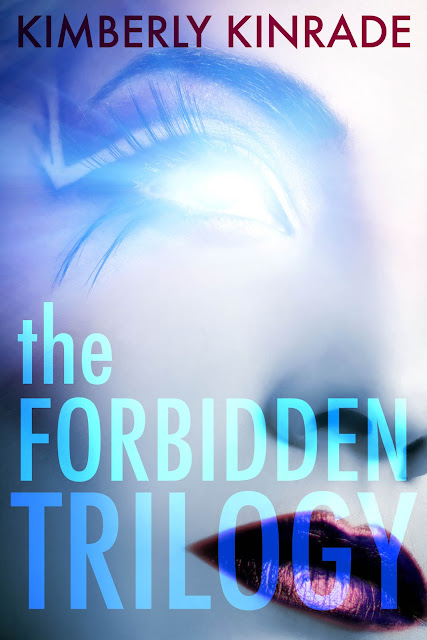 a Rafflecopter giveaway
Posted by Valette M. at 7:42 AM