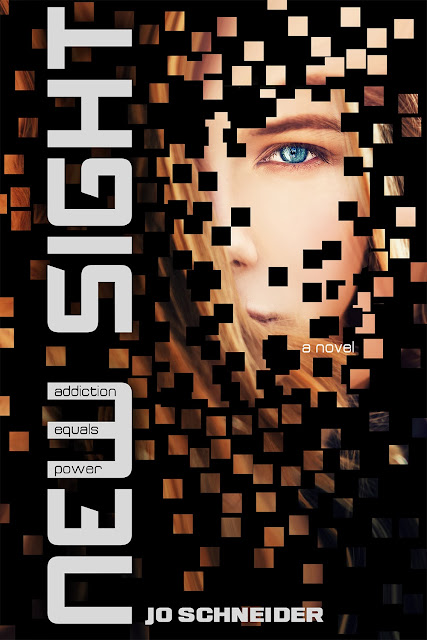 Synopsis:
After succumbing to the sudden and terrifying urge to rip people’s eyes out of their sockets, 16-year-old Lysandra Blake finds herself tied down in a psych ward, convinced she’s crazy. The doctors have no answers, and Lys is ready to give up when the mysterious Jeremiah Mason appears, telling Lys that she’s not insane—she’s addicted to a rare and deadly drug that she has no recollection of using. Mr. Mason offers to take her to his facility where he can treat her. Desperate yet suspicious, Lys agrees to go with Mr. Mason to his facility where she meets with a fellow addict, the tall and handsome Kamau. Together they discover that Mr. Mason may not have told them the truth about their condition—they’re thrown headfirst into a world of daunting powers that are not only unbelievable, they are dangerous.

To say that Lys (main character) goes through a lot, is putting it mildly. Torn from her perfectly normal life and placed in a 'special' drug rehab facility after exhibiting symptoms of what she is told is a deadly drug addiction, she adjusts. A few chapters later, she is torn away again...and again. And she takes it remarkably well. Her disbelief in the magic, though realistic, is a bit frustrating, and at times she comes across as whiny, but overall she's determined and keeps pushing forward. The other characters stepped in and out of the story as needed. I would have liked to be able to develop a bit more depth, but it had the pro of keeping the focus on Lys and her personal journey as a character.
Characters: 2.5 Stars

New Sight's magic system is fairly standard, though built on the interesting premise of magic as an addiction.I enjoyed the wrench this threw into the already twisty world the characters found themselves in, and how natural its strengths and weaknesses felt. With all the various backstabbing going on, the magic itself almost takes a back seat as a steady foundation for the plot. I can honestly say the book was nonstop action from cover to cover. The scenes were appropriately intense. However, they fell into a mantra of attack-escape, attack-escape, and my interest ebbed. That being said, the story had it's beautiful moments, particularly in the first half, when I couldn't stop reading. This is a perfect book for someone seeking a quick thriller with not much commitment needed to enjoy it.
Plot: 2.7 Stars

The style carried through consistently, sporting a classic gung-ho, adventure story feel. Containing romance, spy novel, tragedy, spooky asylum (for a bit), drug rehab, and of course the effervescent fantasy, the story definitely appeals to a wide-variety of tastes, and could perk the interest of even those unfamiliar with the genre.
Style: 2.7 Stars