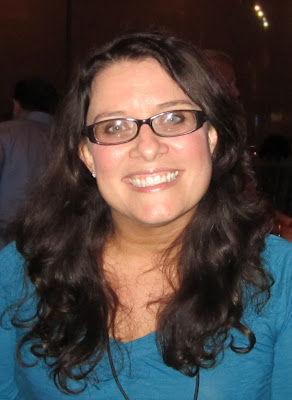 A big welcome to author S.R. Johannes, whose new wilderness YA Thriller, Untraceable, was released Nov. 29 of this year.
S.R. Johannes lives in Atlanta Georgia with her dog, British-accented husband, and the huge imaginations of their little prince and princess, which she hopes- someday- will change the world. After earning an MBA and working in corporate America, S.R. Johannes traded in her expensive suits, high heels, and corporate lingo for a family, flip-flops, and her love of writing. You can find her hanging out online and visit her at srjohannes.com

-What are some of your favorite reads?

The Pledge by Kimberly Derting, Fracture by Megan Miranda, and Carrie Ryan
series

-Any inspirations for the book?
My hubby came back from camping once and told me he had hiked so far in that
someone could live out there and never know.

-Did you know you wanted to be an author when you were little?
No. But I always wrote poems and short stories. I even won a State essay on
Nutrition. I got free baseball tickets. At the time, I thought I won the lottery.

-We're about to be catapulted into a rush from one holiday to the next.
Which is your favorite?
Christmas. I have 2 kids so they bring all that magic back into Christmas. Seeing
their face on Christmas morning is priceless. I also love when the weather
outside is frightful and the fire is so delightful. Oh wait – that’s’ a song.

-Is there a soundtrack to the book/Favorite music?
I love Adele and Jack Johnson. I love Cake and Pete Yorn. I love all music in
general – except country and hard rap.

-Do you need anything to write? (ex. chocolate, music, slippers) :)
Uggs, coffee and peace and quiet Which you can imagine is hard with 2 kids.

-How long do you write on any average day?
Not long enough It varies, depending on my kid’s schedule.

-Give us the number one reason to read Untraceable.
It is a definite page-turner with a mystery, a kickbutt heroine and of course – 2
hot boys


Be sure to check out S.R. Johannes' book, Untraceable!

16 year old Grace has lived in the Smokies all her life, patrolling with her forest ranger father who taught her about wildlife, tracking, and wilderness survival.       When her dad goes missing on a routine patrol, Grace refuses to believe he’s dead and fights the town authorities, tribal officials, and nature to find him.       One day, while out tracking clues, Grace is rescued from danger by Mo, a hot guy with an intoxicating accent and a secret. As her feelings between him and her ex-boyfriend get muddled, Grace travels deep into the wilderness to escape and find her father.       Along the way, Grace learns terrible secrets that sever relationships and lives. Soon she’s enmeshed in a web of conspiracy, deception, and murder. And it’s going to take a lot more than a compass and a motorcycle (named Lucifer) for this kick-butting heroine to save everything she loves.