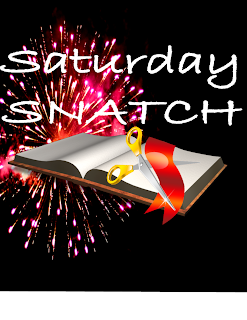 I apologize for missing this guys. I got back later than I thought I would on Saturday, and by the time I got around to blogging, it wasn't Saturday anymore. However, to make up for it, I have today an entire free book for Saturday Snatch!...On, er, Monday. Ahem! Introducing The Darkening Dream by Andy Gavin!

"FREE Two Days Only: A Vampire Novel with Actual Bite!
As the modern world establishes itself and pushes the supernatural into the shadows,
the supernatural fights back.

The Darkening Dream is a chilling new dark fantasy novel by Andy Gavin, creator of
Crash Bandicoot and Jak & Daxter, that has received rave reviews on Amazon and
Goodreads and is FREE for two days only on Amazon Kindle (February 7th to 8th)!
Download your FREE copy here.
Long-time readers of dark historical fantasy (Tim Powers, Guy Gavriel Kay, Katherine Kurtz) will appreciate the weaving together of mythology, occult, and religion, while younger readers and fans of HBO dramas (True Blood, Carnivàle) or urban fantasy (Laurell K. Hamilton, Kim Harrison, Jim Butcher) will be drawn to the twisted imagination, graphic action, and romantic tension.

Cover Blurb:
Even as the modern world pushes the supernatural aside in favor of science and steel, the old ways remain. God, demon, monster, and sorcerer alike plot to regain what was theirs.
1913, Salem, Massachusetts – Sarah Engelmann’s life is full of friends, books, and avoiding the pressure to choose a husband, until an ominous vision and the haunting call of an otherworldly trumpet shake her. When she stumbles across a gruesome corpse, she fears that her vision was more of a premonition. And when she sees the murdered boy moving through the crowd at an amusement park, Sarah is thrust into a dark battle she does not understand.
With the help of Alex, an attractive Greek immigrant who knows a startling amount about the undead, Sarah sets out to uncover the truth. Their quest takes them to the factory mills of Salem, on a midnight boat ride to spy on an eerie coastal lair, and back, unexpectedly, to their own homes. What can Alex’s elderly, vampire-hunting grandfather and Sarah’s own rabbi father tell them? And what do Sarah’s continuing visions reveal?
No less than Gabriel’s Trumpet, the tool that will announce the End of Days, is at stake, and the forces that have banded to recover it include a 900 year-old vampire, a trio of disgruntled Egyptian gods, and a demon-loving Puritan minister. At the center of this swirling cast is Sarah, who must fight a millennia-old battle against unspeakable forces, knowing the ultimate prize might be her very soul.

The Reviews Are In

"A vampire novel with actual bite." ~The Kirkus Reviews

"Mr. Gavin has brought something refreshingly new to a genre now suffused with
poorly-concealed bodice-rippers which have more in common with Fabio than
Bram Stoker: depth. His big baddies are scary, not romantic interests, and the added
religious lore is complex and engaging. Don't expect another Twilight -- the story
can get downright creepy, so be prepared for a return to the old horror sensibilities
of supernatural fiction." ~Amazon Review

"With Mr. Gavin's video-game pedigree, I was expecting something aimed squarely
at the 18-25 year old fanboy contingent; what I got in The Darkening Dream was
something wholly unexpected: A period novel with a female protagonist, a crash-
course on Judaism in the colonial years, and multi-layered series of plot arcs
featuring a crazy cast of natural and supernatural characters populating 18th
Century Colonial America." ~Amazon Review

Get your FREE copy of The Darkening Dream for two days only on Amazon here. No eReader or Kindle? No problem. Get free apps for your Web Browser, PC, Mac, iPhone, iPad, BlackBerry, or Android Phone."

The Darkening Dream by Andy Gavin Free
Feb. 7-8
*Disclaimer: I haven't read this book yet and don't necessarily endorse it. If there is content I should be aware of please let me know.*