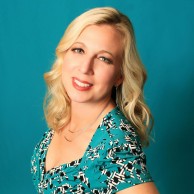 Ciara writes to ‘Defy the Dark’ with her fantasy and paranormal books. Her debut novel, The Curse of Gremdon, was released to acclaimed reviews, securing a Night Owl Top Pick and five stars from the Paranormal Romance Guild. Also, book I, Rise From Darkness, from her debut young adult Battle For Souls series, secured glowing reviews and won July Book of the Month from Long and Short Reviews.

Favorite reads?
I'm such an eclectic reader. I love everything from Francine Rivers, Edar Allen Poe, Susan Collins, and Jana Oliver. I just read my first Jana Oliver book and fell in love with the main character and storyline. Great book!

Inspirations for the book?
I actually wrote Escapement first, but the more I worked on edits, the more Raeth screamed for me to tell her story. She is a little unstable during the book and she wanted to let everyone know why. She wouldn't leave me alone until I agreed to write her story. Next thing I know, my critique partners are yelling at me to publish it. They said it was the best thing I'd written so far, so I did.

Did you know you wanted to be an author when you were little?
I knew I wanted to entertain people, but I didn't necessarily know I wanted to be an author. I'd written many poems and short stories, but a novel seemed too overwhelming. I ended up pursing a career in acting and dancing, but an injury ended that career. I side tracked to earn my degree and work in therapy, but eventually I wrote that novel. I wa shocked to realize it was just longer than the short stories I'd written, but in some ways it was easier.

Any Pet Peeves?
I'm not sure I have any. Hmm...I guess when I can't think of an answer to a question.

Chocolate or Peanut Butter?
One is nothing without the other. They go together like PB&J.

The weirdest thing you've ever done?
I worked in a cadaver lab in college.

Is there a soundtrack to the book?
The song Muse It by The Tributes is a perfect song for The Neumarain Chronicles.

Do you need anything to write?
Quiet if it is possible. Music if my three boys, two cats, dog, and husband are home. Did I mention my eldest is lead singer and guitartist in a rock band. Yeah, quiet is rare.

How long do you write on any average day?
I don't have an average day, but I tend to write around 2000-5000 when working on a project.

Give us the number one reason to read your book.
I love what reviewers have said, so I picked one to share. :)
“Weighted starts with a bang and ends with one... leaving you wondering, questioning and wanting more!! ”
Melissa Rheinlander
Author Info:
Website: http://www.ciarkanight.com
Blog: http://www.ciaraknight.com/blog
Twitter: http://www.twitter.com/ciaratknight
Goodreads: http://www.goodreads.com/author/show/5127753.Ciara_Knight
Facebook: http://www.facebook.com/ciaraknightwrites

The Great War of 2185 is over, but my nightmare has just begun. I am being held captive in the Queen’s ship awaiting interrogation. My only possible ally is the princess, but I’m unsure if she is really my friend or a trap set by the Queen to fool me into sharing the secret of my gift. A gift I keep hidden even from myself. It swirls inside my body begging for release, but it is the one thing the Queen can never discover. Will I have the strength to keep the secret? I’ll know the answer soon. If the stories are true about the interrogators, I’ll either be dead or a traitor to my people by morning.

Another fantastic giveaway is going on right now to celebrate the Neumarian Chronicles! You can win some gorgeous Steampunk jewelry and ARCs of book 1!