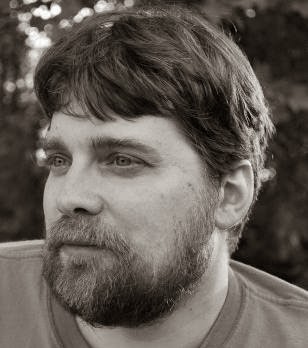 Danny Adams is the author of the early medieval historical novel Lest Camelot Fall (Musa, 2014) and co-author, with Philip Jose Farmer, of the short science fiction adventure novel The City Beyond Play (PS, 2007 and re-released as an e-book 2012). Some of his shorter work has appeared in magazines such as Appalachian Heritage, Asimov's, Ideomancer, Mythic Delirium, Not One of Us, Paradox, Space & Time, Star*Line, and Strange Horizons. He is a reference librarian at Ferrum College deep in the Blue Ridge Mountains of southwest Virginia, and reviews science fiction and fantasy books for Publishers Weekly.

Favorite reads?
That's changeable from season to season, and sometimes more often, but one thing that doesn't change is that many of my favorite books have a historical element to them. Whether it's straight-up historical fiction, historical fantasy, alternate history, or whatever, I'll generally eat it up. I've also discovered that the best fringe benefit of publishing, for me, has been to meet other writers. I've been introduced to a lot of great work in the speculative and historical genres that way.
Another constant is that I've always loved the work of my great-uncle and the man who got me interested in writing in the first place, the science fiction author Philip Jose Farmer. He tends to be noticed most for the deeper religious, philosophical, and sexual themes in his work, but they're also filled with a sense of adventure that's often disregarded in speculative fiction as "pulp" these days, and so is missing in a lot of current fiction.


Inspirations for the book?
I've always been a fan of the Arthurian stories, and had vaguely wondered whatever happened to the surviving Knights of the Round Table after Arthur was killed at the Battle of Camlann. But I never really did anything about it until I read Jack Whyte's fabulous Chronicles of Camulod series, which is so realistically drawn my need to know what happened to the survivors became overwhelming. It turns out that several early medieval historians and storytellers wondered as well, and told tales of the post-Camelot knights. I took a few of those stories, blended them with my own creation - Lucian Aurelianus, Arthur's cousin, and named Aurelianus because that was the name of Arthur's family as given in some of those early tales - and the book of a small group of dedicated people trying to save Camelot's ideals very nearly wrote itself.


Did you know you wanted to be an author when you were little?
I knew I wanted to do something creative, and had my fingers in a lot of pies. But knowing that I wanted to be a writer came about when I was 12 and went to visit my uncle in Peoria, Illinois. Up to that point I'd been cartooning for several years and was sure that's what I wanted to do. But over the course of a couple of weeks I watched his writing process, the act of creating an entire world - this was 1983, and I think he was working on one of his World of Tiers novels. He wrote in his basement, and I got to the point where I would be happy sprawling on the basement steps for an hour or more just listening to him type. I came home knowing that writing, creating worlds and populating them with people, was what I wanted to do from then on, and I actually hand-wrote my first novel (time traveling science fiction) over the next few months.


Any Pet Peeves?
Well, there's one that drives me up the wall so badly I don't admit to it because I'm afraid people will do it around me just to get on my nerves. :) But speaking more generally, I'm bugged by people complaining about things they do themselves, or being OK with something bad when it's someone they know doing it, but not anyone else. One library I go to, for instance, will occasionally have a group of people complain about a noisy table nearby, when they themselves were the noisy ones an hour before. Or when someone attacks a politician doing something that same person defended when a politician of their party did it. That sort of business.

Chocolate or Peanut Butter?
Both, together. And don't stand in my way when I'm in the process of making this happen.

The weirdest thing you've ever done?
Wow. I have a pretty broad definition of "weird". But one thing I used to do semi-regularly and kind of wish I could still play at springs to mind:
Some years ago I was living close to Washington D.C. and would occasionally visit the capital, either to work or play tourist. Now and again before September 11th, when I was feeling up to mischief, I would "accidentally" leave binders or folders of "classified" documents out in public somewhere, usually in the museums but also the monuments or various Congressional office buildings. The challenge for me wasn't just seeing if I could plant it, but also to come up with the most thoroughly ridiculous "secret documents" I could imagine. They got silly code names like "Operation Rotting Bratwurst" and went into detail about things like how the State Department was trying to hide the millions of tons of toilet paper we were importing from Saudi Arabia, because the public might "have a fit" if they knew we were suffering such a nasty toilet paper shortage. Or if I knew I'd be going someplace specific I might tailor the document somehow. A trip to the awesome little restaurants in the basement of the Ronald Reagan Building might end up with me "forgetting" a folder about a debate whether or not the intelligence agencies should continue to classify Ronald Reagan's secret meetings with Iran that were meant to pressure Turkey into changing the name of Istanbul back to Constantinople.
All of that stopped after 9/11, of course. Come 9/12/01 it seemed a bit too dicey to go around D.C. leaving behind mysterious objects.

Is there a soundtrack to the book/Favorite music?
I tend not to listen to music while I write, but I have listened to some things before writing, and during editing, to get myself pumped up or in an appropriate mood. Those might work fine as a soundtrack. Some you can probably guess: medieval music, Celtic music, neo-Celtic music, Appalachian folk music (which is a descendant of medieval British tunes), and the occasional big orchestra piece. I also particularly like the Piano Guys, the violinist Taylor Davis, and the roaring drums of a Scottish drum and pipe band called Clanadonia. They're all over YouTube if you want to give them a try.
But from time to time I would veer off into something completely unrelated if I felt like the energy of the song could contribute to the energy of the scene. More than a few times I listened to something like the faster-tempo songs by Evanescence for a battle scene, particularly "Wake Me Up".


Do you need anything to write?
I wish I could say that I don't need anything at all, that I could do it anywhere and any time, but that hasn't quite proven true. My prose writing is always best when I have as much peace and quiet as possible, though I've learned to write around cats who constantly want attention while I'm trying to type. (I do get fussy with them when they try helping me type.) I've been spoiled by the fact that my Writing Room window opens to a forest. I quit keeping a soda close by after the abundance of caffeine led to a kidney stone, but more often than not I'll have some kind of (non-alcoholic) drink at hand.
Poetry is a different matter. I really have written poems anywhere and at any time. All but one or two of the poems I've sold to Asimov's Science Fiction were written in the middle of a crowded campus cafeteria at lunch time. Something about poetry allows me to tune out everything around me in a way I haven't yet mastered with prose.

How long do you write on any average day?
Generally about an hour. Sometimes half that, sometimes two or three hours, but this is pretty standard. And usually no more than four days a week. But that's still enough to write a novel in a few months - though most of the time I've thought about what I'm going to write enough that by the time I hit the keyboard, it's more "typing" or "downloading from brain to keyboard" than "writing". I think it was Stephen King who said you could write a novel if you'd give up one TV show a night, and I'm proof of this.

Give us the number one reason to read your book
.          Wouldn't you like to know what happened to Lancelot, Guinevere, and all the Knights of the Round Table after Arthur died? 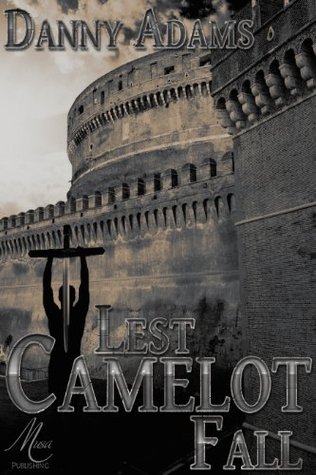 Millions of people around the world know the legend of King Arthur, but the stories always end with Arthur’s death and never reveal what happened to the surviving Knights of the Round Table—or Camelot itself. Lest Camelot Fall begins with Arthur’s death and tells of the survivors’ struggle to keep Camelot’s flame of freedom burning against the darkness both of Saxon invaders and native British would-be tyrants.

Lucian Aurelianus is a descendant of Roman emperors and British kings alike, as well as being Arthur’s cousin. He receives an urgent summons to Camelot from Merlin only to arrive after the slaughter of the Battle of Camlann, in time to see Arthur’s body taken away to Avalon. Soon afterward Lucian’s brother, Constantine, claims the right to be High King of Britain—and exiles anyone who challenges him, including the surviving Knights. At the same time, the sons of Arthur’s nephew and mortal enemy, Modred, have joined forces with the Saxons, along with soldiers from a reborn Roman Empire with designs on Britain, for a final attack against Camelot.


Lucian decides he must stay to help Merlin and the Knights—and his increasingly despotic brother—if anything of Arthur’s dream is to survive. Ultimately he will do whatever it takes to keep Camelot alive, even when that means challenging the armies of southern Britain, enduring Saxon slavery, and the possibility of taking what is left of Camelot and leaving Britain behind forever