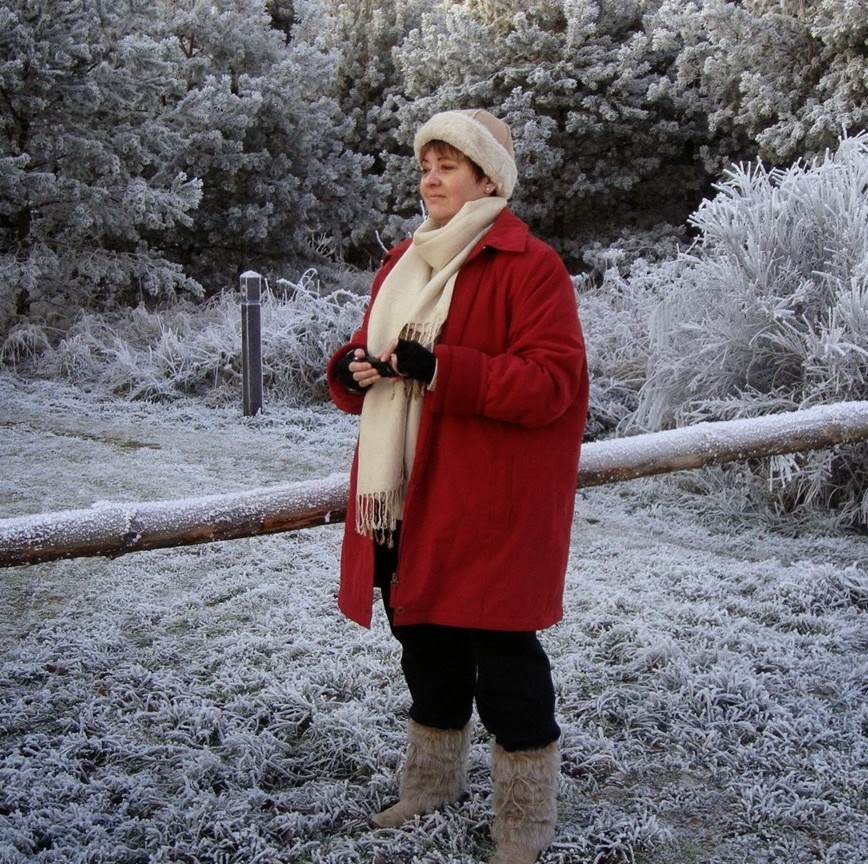 I was born and grew up in Africa. Then I married a Scot and moved to the far North of the world. That colours my writing. The older I get the more I realize how much of me is in everything I write. It is my bio.

Favorite Reads?
I tend to enjoy Sci-Fi and Fantasy, because they are usually the kind of "what if?" stories that make you think, but I'm equally happy to read any genre if it's a good story that makes me think and feel. So my list of favorite books is highly eclectic: Green Light by Lloyd C Douglas and Illusions by Richard Bach, because they both changed the way I saw God and reality, any books by Tanith Lee or Ray Bradbury for the gorgeous sensual use of words and wild imagination, Jane Austen for her warm observant humor and C J Cherryh for the most believable alien species.

Inspirations for the book?
Short answer - Art. ;-)
Longer answer - the idea started to chew in my mind when I was at Art college. I started to wonder... what would it be like if colour was considered evil?  How would a world be where colours were banned by the government or religion? I doodled and drew ideas long before I started writing. I drew all the main characters, to figure out the way a colourless world of fashion might be, things like that. Then one night I dreamt this vivid dream, of a handsome young monk striding along a corridor. He was very angry and everyone ducked out of his way as he swept past me. I woke up, wrote it down... and it became the opening page of First Light.

Did you know you wanted to be an author when you were little?
Yes. I went through a brief time of wanting to be a vet or an opera singer (I was an oddball kid!), but the writing thing was consistent all my life. I was eight when I told my teacher I wanted to be a writer. She encouraged me and even sent my parents a Christmas card saying she expected to read my books one day. I managed to hunt her down last year and let her know her words did finally come true.
Any Pet Peeves?
In books it has to be whiney self-involved and/or petulant heroines. You know - girls who whinge through the whole book or who throw tantrums. I hated Gone with the Wind for that reason and I wasn't keen on Twilight for similar reasons.
In life it's people who destroy hope by stopping you before you start. Those "friends" who feel they have a duty to point out to you how you are going to fail (career or relationship). I really hate that. Yes, you might fail. So what? Failing is a part of life, you can learn awesome things from falling on your face. And you meet people ready to help you up onto your feet again. Any dream is worth following, always worth trying. You learn NOTHING from doing nothing.
Chocolate or Peanut Butter?
Cheese. I'm more a salty snackaholic.
The weirdest thing you've ever done?
Oh gosh... I'm pretty eccentric, so it's hard to choose. I'll go with my most talked about moment. I agreed to marry a man after knowing him for one month, on the internet. When he proposed (in a yahoo chat window) I had never seen him or even heard his voice. At the time most people thought that was very weird, but then my future husband changed his surname to mine and their focus went to how weird that was.
We've been married 11 years now.
Is there a soundtrack to the book/Favorite music?
There is. I almost always write to music and there are events in both my books that were inspired by specific pieces of music. I'll play them to death when I'm writing that chapter or scene. For First Light, which I wrote ten years before I got around to publishing it, that music list is a bit dated now, but I still react/remember when I hear those songs. It's even worse with the sequel, Wisdoms of the Light, which is why I actually had to add two specific songs into the acknowledgements for that book. For First Light the most important piece of music is also the climax end scene of the book - Widor's Toccata (symphony 5). I'm not actually that much into classical music, but I heard this piece on the radio and saw exactly what I wanted to write. Had to get an old recording from the library and tape it to play back when I wrote that portion of the book.

Do you need anything to write?
I need music and lots of bits of paper. I jot down reminders to myself on scraps of paper, even old envelopes. Things I want to add to chapters, bits of dialogue, etc. When I wrote the sequel to First Light last year my desk was covered in notes and bits.  I found an old one just yesterday, stuck under my monitor stand.

How long do you write on any average day?
It depends. If I'm not tired and have the time - I write. It's how I breathe. If I don't have the paper I'll end up writing on something. I wrote a blog post on the back of a get well card when I was in hospital once and I've written poems on grocery lists. As for books... I wrote First Light over a Christmas holiday break, stopping only to eat and sleep. I was almost as bad with the sequel, but this time I was married with people to feed so it was write, dash off to cook, dash back to write, burn food... eat it anyway (lol) then go back and write more. Last year I was averaging writing as much as possible between 6 am to around midnight.

Give us the number one reason to read your book.
Because you won't guess what happens next. You will be surprised. Every reviewer I've had says that same thing - they tried to predict how it would end and they all got it wrong. It surprises people. Both books do. The sequel is even worse, being a lot more complex and faster paced. 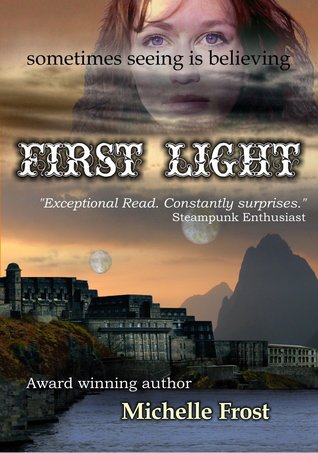 On the harsh militant world of Sindorus, where even colours are considered sinful, three people living very separate lives are about to have those lives change forever. As deceptions are torn away, and ancient secrets brought to light, they each must struggle to find the missing pieces to the puzzle...answers that will unlock their true destiny.

Idrith, bitter and trapped in a life he never chose, is the first to discover his own fear-filled mystery. Obsessed with finding the truth behind the lies he turns to the one person he has always tried to avoid -- the mysterious pilgrim, Harmion.

Aztar's military promotion comes with an unexpected burden. A serious problem threatens the security of the entire Northerner regime and it seems that their only hope may lie in the hands of someone he was raised to think of as his enemy and inferior. Each day they struggle together to find a solution, but at night Aztar struggles alone as the secret he's kept hidden since childhood returns to torment him.

In a world where most women have no control over their lives Daen was allowed to grow up unrestricted and far better educated than normal. Now her father's health is failing and the running of their family estate lies in her hands...and with it the security of everyone she loves. Knowing that desperate situations call for courageous action, Daen is about to take a step that will change all their lives forever.
Posted by Valette M. at 12:25 PM