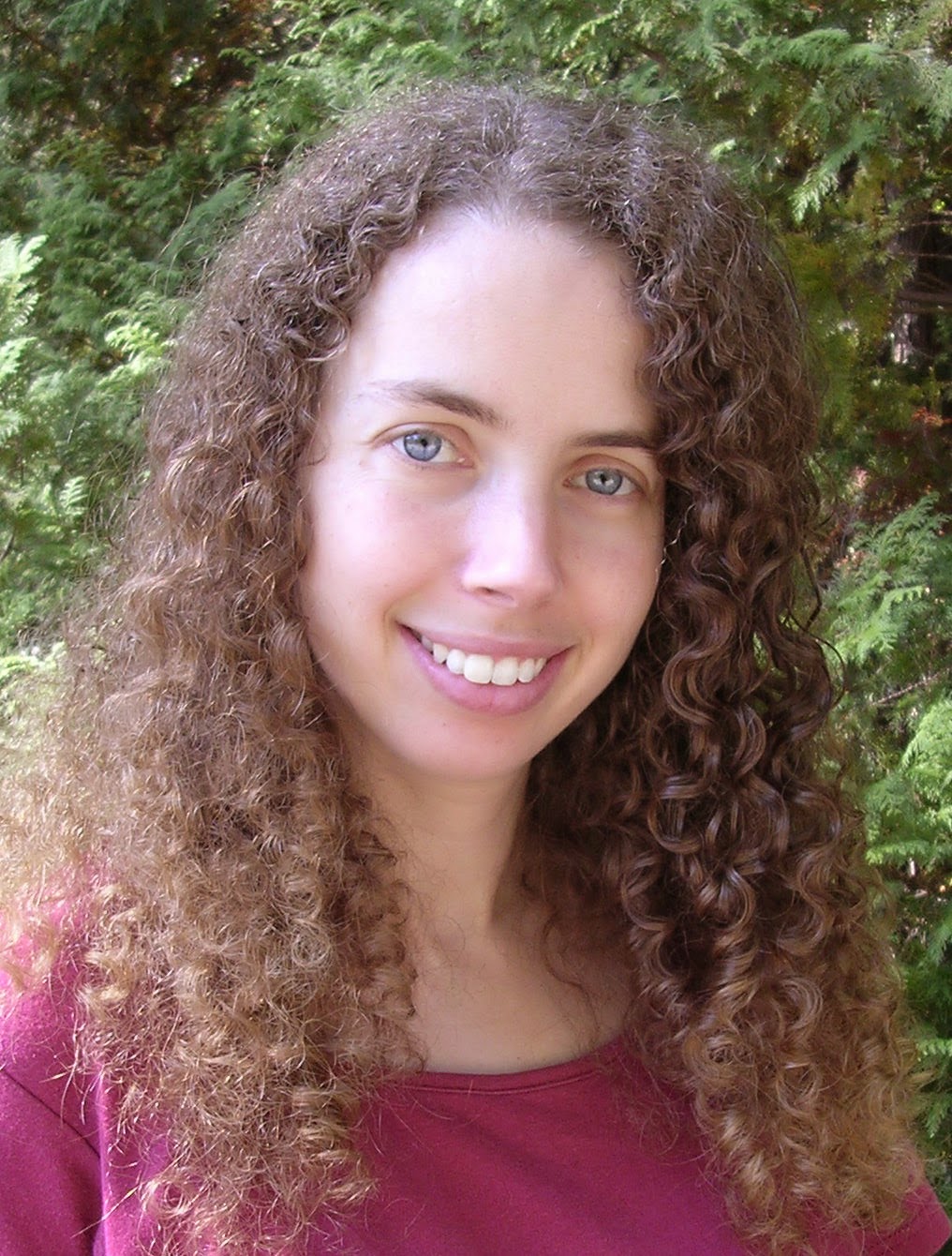 Sarah was born in Northboro, Massachusetts, a small town that later became the setting for her debut novel. At the age of ten, she decided she wanted to be a writer. (Before that, she wanted to be Wonder Woman, except with real flying ability instead of an invisible jet. She also would have accepted a career as a unicorn princess.) And she began writing fantasy stories. She attended Princeton University, where she spent four years studying English, writing about dragons, and wondering what the campus gargoyles would say if they could talk. Sarah lives in Stony Brook, New York, with her husband, her two children, and her ill-mannered cat.

I love books that make you feel like the world is a bit more magical than it was before, that you are a little bit stronger than you were before, and that life is a bit more wonderful.
My favorites include: Wild Magic by Tamora Pierce, Dreams Underfoot by Charles de Lint, The Blue Sword by Robin McKinley, The Forgotten Beasts of Eld by Patricia McKillip, Deep Wizardry by Diane Duane, and Howl's Moving Castle by Diana Wynne Jones.

Inspirations for the book?
THE LOST is about a woman who is trapped in a town full of only lost things and lost people. And so my inspiration was everything that can be lost: paper clips, keys, umbrellas, children, memories, minds...

Did you know you wanted to be an author when you were little?
Yes, it's the only thing I've ever wanted to be. (Except Wonder Woman. Or a unicorn princess.)
Seriously, I think books are magic, and I have always wanted to be a part of that magic.

Any Pet Peeves?
I can't stand the sound of Styrofoam squeaking.

Chocolate or Peanut Butter?
Chocolate! I keep a stash of chocolate near my writing desk. It's my muse. (But I also love chocolate with peanut butter. Especially Girl Scout tagalongs. Yum.)

Is there a soundtrack to the book/Favorite music?
Hotel California by the Eagles. That song never failed to put me in the mood to write this book.

Do you need anything to write?
Two free hands and my computer. Everything else is optional. I like to listen to music, but it's not essential. I like to have ready access to snacks (especially chocolate), but again not essential.

How long do you write on any average day?
It depends on the day, but in general, I write for a couple hours in the morning and a couple hours late at night, plus scattered tiny bits of time throughout the afternoon. For me, the important thing is to write every day, even if I can only squeeze out a few sentences. It helps keep the words flowing.

Give us the number one reason to read this book.
I hope there are lots of reasons! But if you've ever lost a sock or a key or a dream or a memory, then you might want to come along with Lauren to Lost and see what she finds...

Author Info:
Sarahbethdurst.com
Sarah Beth Durst is the author of seven fantasy novels for teens. Her latest, Conjured, came out in September 2013 from Bloomsbury/Walker. Prior to that, she released Vessel, Drink Slay Love,Enchanted Ivy, and Ice from Simon & Schuster, as well as Into the Wild and its sequel Out of the Wild from Penguin. Her first book for adults,The Lost, comes out in June 2014 from Harlequin/Mira, and her next book for teens, Chasing Power, comes out in October 2014 from Bloomsbury. She was awarded the 2013 Mythopoeic Fantasy Award for Children's Literature and has been a finalist for SFWA's Andre Norton Award three times. 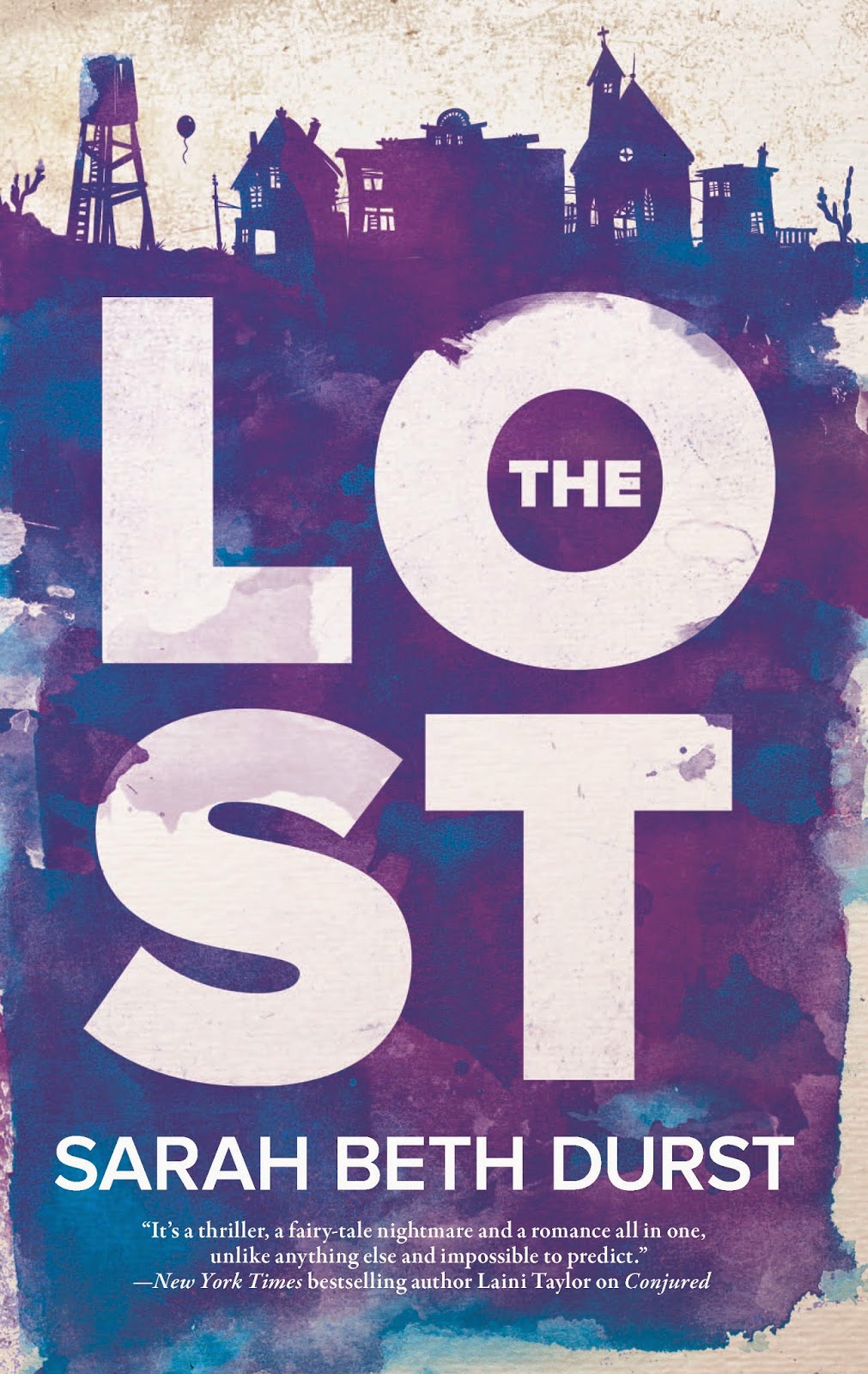 Lost your way?
Your dreams?
Yourself?
Welcome to Lost.
It was supposed to be a small escape. A few hours driving before turning around and heading home. But once you arrive in Lost... well, it's a place you really can't leave. Not until you're Found. Only the Missing Man can send you home. And he took one look at Lauren Chase and disappeared.
So Lauren is now trapped in the town where all lost things go -- luggage, keys, dreams, lives -- where nothing is permanent, where the locals go feral and where the only people who don't want to kill her are a handsome wild man called the Finder and a knife-wielding six-year-old girl. The only road out of town is engulfed by an impassable dust storm, and escape is impossible....
Until Lauren decides nothing -- and no one -- is going to keep her here anymore.

Check out my review of THE LOST!
Posted by Valette M. at 1:20 PM