Saturday Snatch: Enchantress From the Stars by Sylvia Engdahl 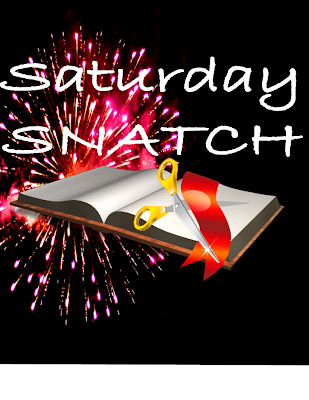 Enchantress From the Stars is a stand alone Sci-Fi / Fantasy novel from author Sylvia Louise Engdahl. Here's my review.

I found this book sitting in the library and instantly fell in love with it. Now it's one of my favorites!

Cover Blurb:
The Federation Anthropological Service would never officially have allowed Elana to be on this mission to the medieval planet Andrecia. If Youngling peoples found out that a supremely advanced and enlightened society like the Federation existed, it would irreparably damage their evolution. Stowing away aboard her father's ship, Elana suddenly becomes the key to a dangerous plan to turn back the invasion of Andrecia by an aggressive, space-faring Youngling civilization. How can she possibly help the Andrecians, who still believe in magic and superstition, against a force armed with advanced technology -- without revealing her alien powers?           Apprentice medical officer Jarel wishes that the planet the Imperial Exploration Corps has chosen to colonize didn't have a "humanoid" population already living on it. The invaders don't consider the Andrecians to be human, and Jarel has seen the atrocious treatment the natives get from his people. How can he make a difference, when he alone regrets the destruction that his people bring? Georyn, youngest son of a poor Andrecian woodcutter, knows only that there is a terrible dragon on the other side of the enchanted forest, and he is prepared to do whatever it takes to defeat it. In his mind, Elana is the Enchantress from the Stars who has come to test him, to prove he is worthy of defeating the dragon and its powerful minions. Despite both Elana's and Jarel's inner turmoil, Georyn's burden is by far the heaviest. Ultimately, he must pit his innocent faith in the magic of his Enchantress from the Stars against foes who have come from a world beyond his comprehension.


Hope your enjoy it as much as I did!
Excerpt: Enchantress From the Stars
(Scroll Down)
Posted by Valette M. at 5:10 PM