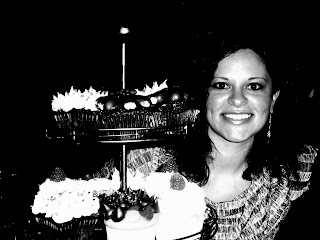 Jacqueline Gardner works as a Story Editor for the production company, Labragirl Pictures.  Her love of storytelling began at an early age when she would make up stories with her grandmother before bedtime.  In early 2010, she completed her first novel and has been stuck on writing ever since.  She resides in Colorado and loves hiking, writing, fantasy fiction, and all things cupcake.

Favorite reads?
I love everything YA, but I also have a soft spot for food & travel memoirs.

Inspirations for the book?
A random thought. What if I could've heard people's thoughts in high school?

Pet Peeves?
Okay this is a weird one. I hate it when you pay for something with cash and the cashier hands you your change on top of your bills. I always drop my change!

Chocolate or Peanut Butter?
Both of them together.

What's the weirdest thing you've ever done?
That probably depends on who you ask! But something weird about me is I sleep better on a floor than I do in a bed.

Is there a soundtrack to the book/Favorite music?
There isn't though I've thought about putting one together. When I wrote THOUGHTLESS, I listened to a lot of music by The Sounds.

Do you need anything to write?
Noise! I can't write in absolute silence.

How long do you write on any average day?
When I'm writing a first draft I write as much as I can until it's finished. When I edit, usually 2-4 hours a day.

Give us the number one reason to read your book.
You'll be up all night! Okay, maybe not all of you. But you'll definitely be entertained. 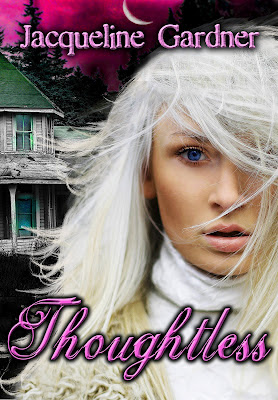 When Bridget finds a dead cheerleader in the janitor’s closet, she becomes the killer’s next target. High school just got worse. It’s bad enough that she can hear the shocking truths that pass through her classmate’s heads. Now she has to worry about staying alive, and all clues point to the one person whose thoughts she can’t read - her boyfriend Terrence. Someone is taunting her, threatening to expose her secret. And when Bridget tries to single out her blackmailer, she’s nearly beaten to death by a mind controlled minion with fiery eyes. But when Bridget finally comes face-to-face with the killer, suddenly a horde of brainwashed students programmed to destroy her life doesn’t seem so bad.

Thoughtless is currently free on Smashwords! Check it out and spread the word!