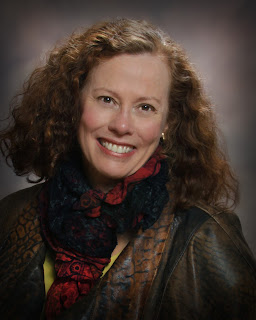 Helen Sedwick is the author of COYOTE WINDS. A finalist in the 2011 Mainstream Fiction Writer’s Digest Competition and the Lorian Hemmingway Short Story Contest, Helen Sedwick recently won second place in the Redwood Writers Flash Fiction Contest for a piece adapted from COYOTE WINDS. She is a lawyer and lives in the Sonoma wine country with Howard Klepper, a builder of handcrafted guitars, and an exuberant hound dog named Farlow. For more info, http://www.helensedwick.com.

Inspirations for the book?
I was inspired to write COYOTE WINDS by my father’s stories of growing up during the Dust Bowl. While there was plenty of blowing dust in his stories, he also talked about freedom and adventure. With the schools closed, he spent his days hunting rattlesnakes and rabbits. He collected arrowheads and grasshopper. He camped out on the prairie grass and counted a thousand shooting stars. I wanted to contrast my father’s unfenced boyhood with the over-supervised life of a modern, suburban boy who “couldn’t ride a bike without a helmet, play soccer without pads, or ride in a car with a driver under thirty.” I suspect many modern boys would love hunting rabbits and snaring rattlesnakes, even sharing the responsibility of helping feed and shelter their families.

Did you know you wanted to be an author when you were little?
Yes. I can trace it to reading SNOW TREASURE by Marie McSwigan in second grade. Based on a true story, SNOW TREASURE tells of Norwegian children transporting nine million dollars of gold bullion past the noses of Nazi soldiers by hiding the gold on the sleds. The children were resourceful heroes facing real dangers. I remember sitting on the floor in my families’ apartment in New York and deciding that if I couldn’t live stories like SNOW TREASURE, then I wanted to make them up. I recently reread SNOW TREASURE. I still love it.

Do you prefer Chocolate or Peanut Butter?
If I really had to choose, it would be chocolate. Thankfully, that is one of those choices I don’t have to make in life.

The weirdest thing you've ever done?
Becoming the mother of identical twin girls. Yes, they were endlessly fascinating and wonderfully cute. But I saw the challenges of facing the world with someone who looks just like you. The girls had to learn how to handle the attention and to balance their togetherness and separateness. In middle school, one of my daughters complained that everyone assumed they were the same person, but as soon as people realized they were different, all they talked about were the differences. She was tired of being compared to her sister. She wanted to just be herself.

Is there a soundtrack to the book/Favorite music?
The howling wind. According to my father, the prairie wind blew so constantly that he stopped noticing it after awhile. Unless, of course, it suddenly stopped. Then you knew a dust storm was coming. The Dust Bowl storms were so large and thick, they held back the wind like a sail. But when they hit, they packed a sixty miles per hour punch full of stinging grit.

Do you need anything to write?
A cup of tea and lot of silence. The tea is easier to come by than the silence.

How long do you write on any average day?
I wish my life were predictable enough that I had an average day. Sometimes I write for several hours; too many times for only 15 minutes. I do most of my writing on weekends.

Give us the number one reason to read your book.
COYOTE WINDS tells the story BEFORE the Dust Bowl; a story about good people doing what they thought was right only to have it turn out so terribly wrong. Most people don’t know that the Dust Bowl was one of the worst man-made ecological disasters in history. I portray the people who brought this on themselves by believing in hard work and technology. It is a classic American story that happens again and again. 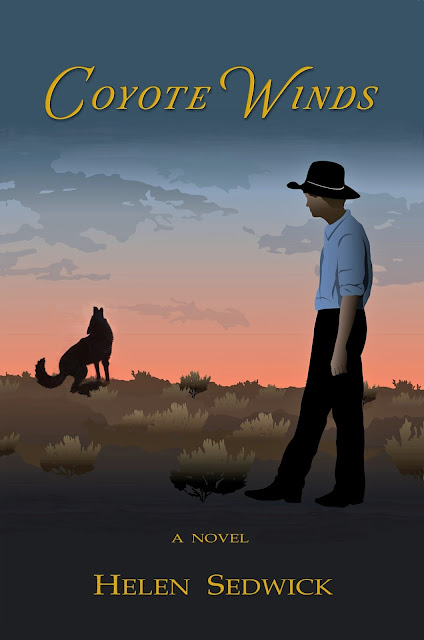 When thirteen-year old Myles brings home a coyote pup half-blinded by a dust storm, his father warns him a coyote can’t be trusted. His neighbor loads his rifle and takes aim. Yet Myles is determined to tame the pup just as his father is taming the land. The time is 1930. Tractors and fertilizers are transforming the prairie into the world’s breadbasket. The American dream is within every man’s reach. But when drought turns these dreams into paint-stripping, crop-killing dust, Myles wonders if they have made a mistake taming the untamable.
Seventy year later, when Andy remembers his Grandpa Myles’s tales about growing up on the prairie, he wonders what stories he will tell when he has grandchildren. Algebra, soccer practice, computer games, the mall? Determined to keep his grandfather’s memories alive and have some adventures of his own, Andy heads out to discover what’s left of the wild prairie.
COYOTE WINDS tells of the times leading up to the Dust Bowl, a time of optimism and confidence, a time when a man was measured by what he produced, not what he could buy. It explores that American can-do spirit that drew people to the last frontier and the consequences of that spirit. And it asks whether that spirit survives today.