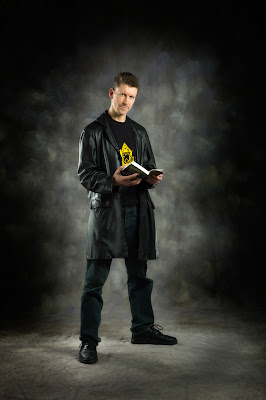 I’m the author of The Cat Kin trilogy, published in the UK by Strident Publishing and in Germany by Ravensburger, and also as a BBC audiobook. I’ve been interviewed about The Cat Kin on BBC radio, and shortlisted for two literary awards. The Storm Bottle is my first foray into independent e-publishing.

Favorite reads?
As a child I used to be heavily into fantasy and SF, but these days I find I’ll read absolutely anything, so long as it’s well written. I like to be surprised by an author I’ve never tried before. I try to think of favorite books, but it wouldn't be an honest list! I don’t feel a need to make up top tens.

Inspirations for the book?
My current book, The Storm Bottle, was very definitely inspired by a single incident. I was walking beside a beach on the south coast of England when we saw a wild bottlenose dolphin close to shore. Very uncharacteristically for me, I ran into the water and joined the people who were swimming with it. I realised it was a chance that would probably never come again. Later I reflected: why are people so enchanted by swimming with dolphins? What is it that attracts us so much? Why is there this primal tug between two such different species? That became the basis of the story, which I ended up setting in Bermuda, where my father lives.

Did you know you wanted to be an author when you were little?
I knew I wanted to be an astronaut, a scientist, a knight, a ghost-hunter, a detective, a werewolf, a superhero and a vet. Eventually I realized that only one profession would make this possible. Though I haven’t written those exact books yet…

Any Pet Peeves?
Why does driving a car turn otherwise nice people into psychopaths?

Chocolate or Peanut Butter?
Peanut butter – but the English kind please! Yours is too sweet, sorry.

The weirdest thing you've ever done?
Probably the impromptu swimming with a dolphin, see above. Did I mention it was October and I didn’t have a towel or change of clothes?

Is there a soundtrack to the book/Favorite music?
Interesting question! I guess a lot of writers do get inspired by music, and put together their imaginary soundtrack. For The Storm Bottle I listened to a lot of atmospheric, mainly instrumental artists such as Mike Oldfield, Bjorn Lynne and Delirium, because that seemed to capture the vast ocean-scapes in which much of the action takes place.

Do you need anything to write?
I don’t use props as such, but I do have my rituals. For instance, I write notes in Arial font but actual first drafts in Times New Roman. This way I feel more free to explore, because if it’s in Arial it doesn’t matter if it makes no sense yet.

How long do you write on any average day?
I have young kids so there isn’t really an average day. Just as much as I can, really.

Foam unzipped the waves. I saw a crescent fin, a glass-boulder forehead. The dolphin had come back.’


Swimming with dolphins is said to be the number one thing to do before you die. For 12-year-old Michael, it very nearly is. A secret boat trip has gone tragically wrong, and now he lies unconscious in hospital.
But when Michael finally wakes up, he seems different. His step sister Bibi is soon convinced that he is not who he appears to be. Meanwhile, in the ocean beyond Bermuda’s reefs, a group of bottlenose dolphins are astonished to discover a stranger in their midst – a boy lost and desperate to return home.
Bermuda is a place of mysteries. Some believe its seas are enchanted, and the sun-drenched islands conceal a darker past, haunted with tales of lost ships. Now Bibi and Michael are finding themselves in the most extraordinary tale of all. 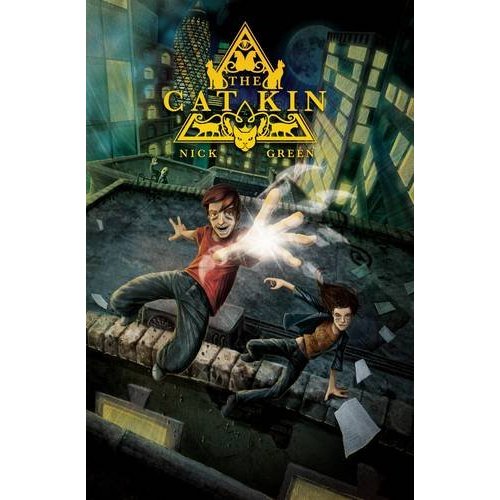 Everyone who came across the strange gym class was looking for something else. What they found was mysterious Mrs Powell with her silent feet and unnerving stare and pashki, a lost art from an age when cats were worshiped as gods.
But Ben and Tiffany wonder: who is their eccentric old teacher? What does she really want? And why are they suddenly able to see in the dark? Meanwhile, in London's gloomy streets, human vermin are stirring. Ben and Tiffany may soon be glad of their new gifts. But against men whose cunning is matched only by their unspeakable cruelty, would even nine lives be enough?