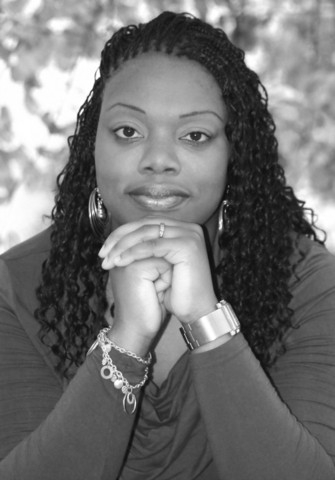 TINA MARTIN is a fiction author from eastern North Carolina. A recipient of the Outstanding Achievement in Poetry Award from the Famous Poets Society, she now uses her creativity to pen novels which include Secrets On Lake Drive, Another Man's Treasure, The Baby Daddy Interviews and Accidental Deception. She is also the author of two short stories - Vacation Interrupted and The Crush and one poetry book, Love Like Yours. Tina resides in Charlotte, North Carolina with her family. Read more about Tina and read excerpts of her novels at her website:www.tinamartin.net

Favorite reads?
Heart of the Matter by Emily Giffin

Inspirations for the book?
I was inspired to write this book when the recession was in full swing and I noticed the homeless rate in my city was growing.

Did you know you wanted to be an author when you were little?
No. I thought I’d be an interior designer because I loved to decorate.

Any Pet Peeves?
People who talk extremely LOUD on their cell phones in public places.

The weirdest thing you've ever done?
Um, this is a tough one. I’d say jumping out the second floor window of a two-story barn…just because.

Is there a soundtrack to the book/Favorite music?
I love to listen to music when I write. Songs I’ve been listening to while writing this one are as follows: You Belong To Me by Trey Songz, Part of the List by Ne-Yo and He Loves Me by Jill Scott. There were others, but these are the main three.

Do you need anything to write?
Music and coffee. Then there are times when I need complete silence.

How long do you write on any average day?
One to Two hours.

Give us the number one reason to read your book.
It’s very entertaining and informative as it delves into the minds of two opposite people – a homeless woman and a financially well-off man. It’s a novel that proves money isn’t everything. Also, the deception is enough to keep you flipping the pages to find out if love is stronger than loyalty. 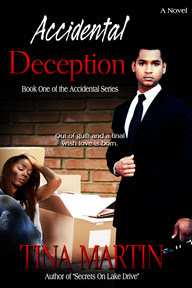 Accidental Deception (book one of a three-part series) is a story about love versus loyalty, the tug-of-war that dictates every action Carter Williams will take after he stumbles upon a homeless woman, Shayla Kline, in Uptown Charlotte. Completely out of character for the usually self-centered bachelor, he puts his life on hold to spend a few nights with the stranger in the hospital.
That’s when he makes an earth shattering discovery – Shayla was the fiancée of Jacob, his estranged brother. His brother who hated him. His brother who recently committed suicide. His brother who, despite the animosity between them, wrote him a suicide note asking him to take care of Shayla.
Out of guilt and fulfillment of Jacob’s final wish, he moves Shayla into his home and gives her everything she needs to start over. The more she confides in him, the deeper their relationship grows and Carter not only wants to help her, he finds himself wanting desperately to love her, to be a man for her, to give her everything his brother could not. There’s only one problem – Shayla does not know that Jacob was his brother. Now, Carter wages an internal war within himself with his own morals – morals that tells him he should be loyal to his brother by not pursuing Shayla. But it’s hard to walk away from the only woman that has been able to awaken his heart.