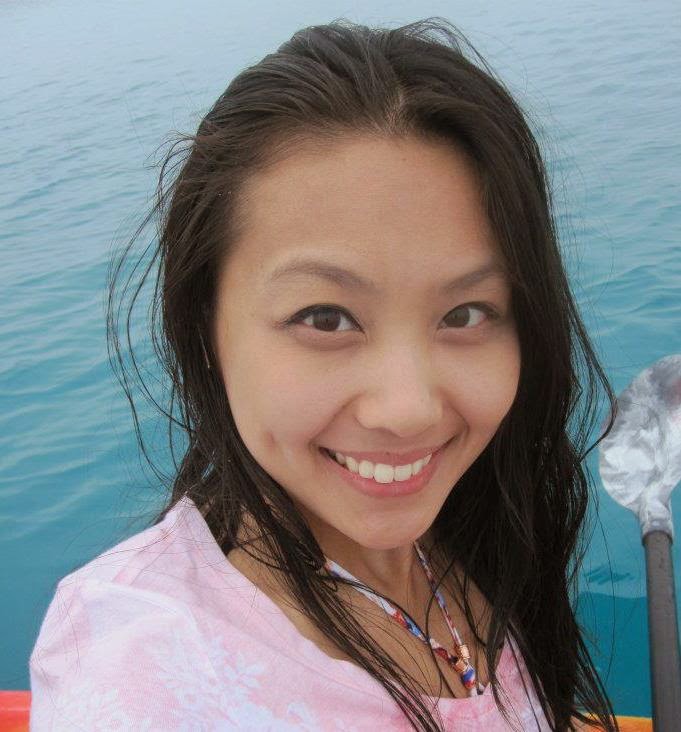 H. W. Vivian (1988-Present) was born Vivian Hwang in Flushing, New York, to a Taiwanese immigrant family, and grew up in her hometown. At a young age, she showed great interest toward the arts, studying piano, violin, and percussions, while drawing and painting on her own time. Her parents' divorce when she was eight years old took a big toll on her personal life, but she soldiered on by burying herself in her artistic endeavors. She joined the Bayside High School music program when she was fourteen. Afterward, she enrolled in the Art Institute of New York City's culinary arts and restaurant management program. After graduation, she returned to traditional college schooling, enrolling in Baruch College-CUNY's Bachelor of Business Administration, majoring in Finance and Investments, and minoring in Theater. During this time, H. W. Vivian conceived the idea for her first novel, Chasers, but wouldn't publish it until many years afterward. She is currently writing her second novel, Days of Amber, and expects to release it in early 2015.

Favorite reads?
Anything from Lois Lowry and Chuck Palahniuk.

Inspirations for the book?
I was inspired to write Chasers by people I knew from my childhood. All of the characters in my novel are based on childhood friends.

Did you know you wanted to be an author when you were little?
I had no idea I would publish a book one day, but I'm pleasantly surprised that I did, and hope to publish more.

Chocolate or Peanut Butter?
Ideally both!

The weirdest thing you've ever done?
Gone kayaking in a Bermudian lagoon by myself on a rainy day when the tides were choppy. Very scary experience.

Is there a soundtrack to the book/Favorite music?
Yes, two songs: Meant To Be, by Parachute, and Level Up, by Vienna Teng. Whenever I re-read the ending of my novel, I would imagine one of these two songs playing in the background.

Do you need anything to write?
Just food, water, and silence.

How long do you write on any average day?
Three hours max. Anytime longer  isn't productive as your mind needs to rest.

Give us the number one reason to read your book.
The characters: they're witty, humorous, a little immature, and in my opinion, very real. 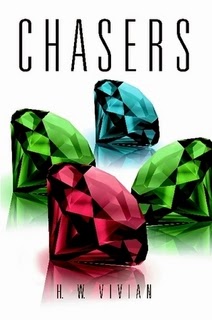 The small town of Winston, Colorado, has a secret—one that hides in its children. Long ago, there were many children who suffered from the local “condition.” There are fewer of them now, but Shelby is one of them. She was born with a ruby embedded in her skin. In the same year, two other kids in town, Gary and May, were born with emeralds.
Now a teenager, Shelby nurses a crush on Gary, while he sticks close to the fragile May and tries to protect her from, among other things, Shelby’s bullying. Despite their differences, however, their births connect them; when May goes missing, Gary needs Shelby’s help.

I first noticed Gary Fuller three years ago at our elementary school graduation. We were all gathered together in the school’s gray carpeted auditorium facing a blood-red curtain from a sea of folding wooden chairs. I remember him sitting in the second row, third seat from the left, wearing a nice black and white suit—the nicest one his foster parents were able to get for him. His wavy brown hair was handsomely brushed for the occasion, but he frowned constantly throughout the ceremony.
Back then, I didn’t know him very well. We were hardly even acquaintances. But people constantly talked about our similarities. Everyone said that we were practically the same: born in the same hospital on the same night at the same time. Apparently, only those with our particular “condition” were born at all that year.
When he was born, Gary had a large lump on the bottom of his spine, like a tumor. But after the doctors took a bunch of X-rays, they found that there was no tumor after all. So they did what they thought was logical and cut it off. What dropped out, underneath all the blood and pus, was a beautiful grape-sized green rock. Its edges were sharp and jagged, as if it were plucked directly from the earth.
Thus, an emerald was born.
As for me, they extracted a small red ruby from my spine. Understandably, I don’t remember that day very well, but I’m pretty sure that it meant we were somehow meant to be together.
I also knew that we were mistakes—not from our parents, but from nature. Somehow.
Afterward, life went on normally for both Gary and me in the little industrial town called Winston, Colorado.
Eleven years later, when I first got to talk to him, he turned out to be a really quiet kid. I remember that they said quiet people were sensitive, so I figured that since he and I were born in similar circumstances, we could be good friends. But every time I tried to start a conversation with him, he just looked away broodingly, with those lonely forest-green eyes.
“Hey Gary, it’s me, Shelby Anderson,” I had greeted him once while passing through the brightly lit corridors of Saint Elizabeth’s Academy. I flipped my long black hair a little because I heard boys liked that. I knew that he’d be there, and he looked so handsome wearing the school’s navy blue blazer and slacks. He was walking by, stiffly and silently, when his eyes darted in my direction and I took that chance to say, “Would you like to—”
But before I could ask him to hang out with me, he just sped away without a word.
Only one other person like us was born that year; her name was May Herrington. When the doctors got their hands on her, they dug out another emerald. Growing up, the three of us vaguely acknowledged each other’s existence around town, but May and Gary were pretty close. I guess he felt a sort of kinship with her; maybe the color of their stones bonded them.
But I must admit that I was quite jealous of May. In fact, I hatedher. By junior high, she was four-and-a-half feet tall, with short blonde-hair, apple-green eyes, and pale as a ghost. May was a hemophiliac and had severe asthma. People often would see her choking and wheezing around the academy, asking others to get the nurse, or a cup of water, because she could only ingest things a certain way. On top of that, she’d frequently break out in pools of sweat and start gagging in her throat.
Sure, the other kids were worried, but only for the first few days. Afterward, it just got annoying. Talking with her was boring; playing with her presented a liability; and we always had to have a grown-up around, which prevented us from doing what we wanted. Most of us started ignoring her, and even making fun of her for her constant attacks and the funny looks on her face when she was hyperventilating.
But Gary … Gary was always by her side, like a big brother, or better yet, a boyfriend. I hated seeing them together. That’s when I realized that this girl needed to know who really deserves an awesome boy like Gary.
So one day, I was skipping up the school’s marble stairs and sure enough, he was standing there with May at the water fountain in the middle of the corridor, helping her get a drink. I had a feeling she’d be there. May always had to drink from a cup because if any water got into her nose and down into her lungs, she wouldn’t be able to breathe for a few minutes—and might even die. So, as I was walking by, quiet and innocent, I shoved her head into the cup and sent her gasping and coughing to the ground. The front of her green and yellow tartan jumper, embroidered with the St. E. A. crest on the top right breast, was soaked through from the water.
I think I laughed for a good five minutes before Gary pushed me back, shouting, “Keep your hands off of her!” Like a knight in shining armor, he carried a crumpled May in his arms all the way up three flights of stairs to the nurse’s office.
As I walked back to class, I rubbed my left shoulder where he touched me and felt a wave of despair. At that moment, I knew that Gary and I would never become good friends because I didn’t stand a chance against his precious May: mysterious, beautiful, and fragile. Like a little fairy.
Thinking back on it now, I admit it was rude for me to play that prank on her. I mean, I didn’t really mean to hurt her—at least not if it meant getting on Gary’s bad side. I just wanted to be his friend.
And that’s where my crazy story begins …