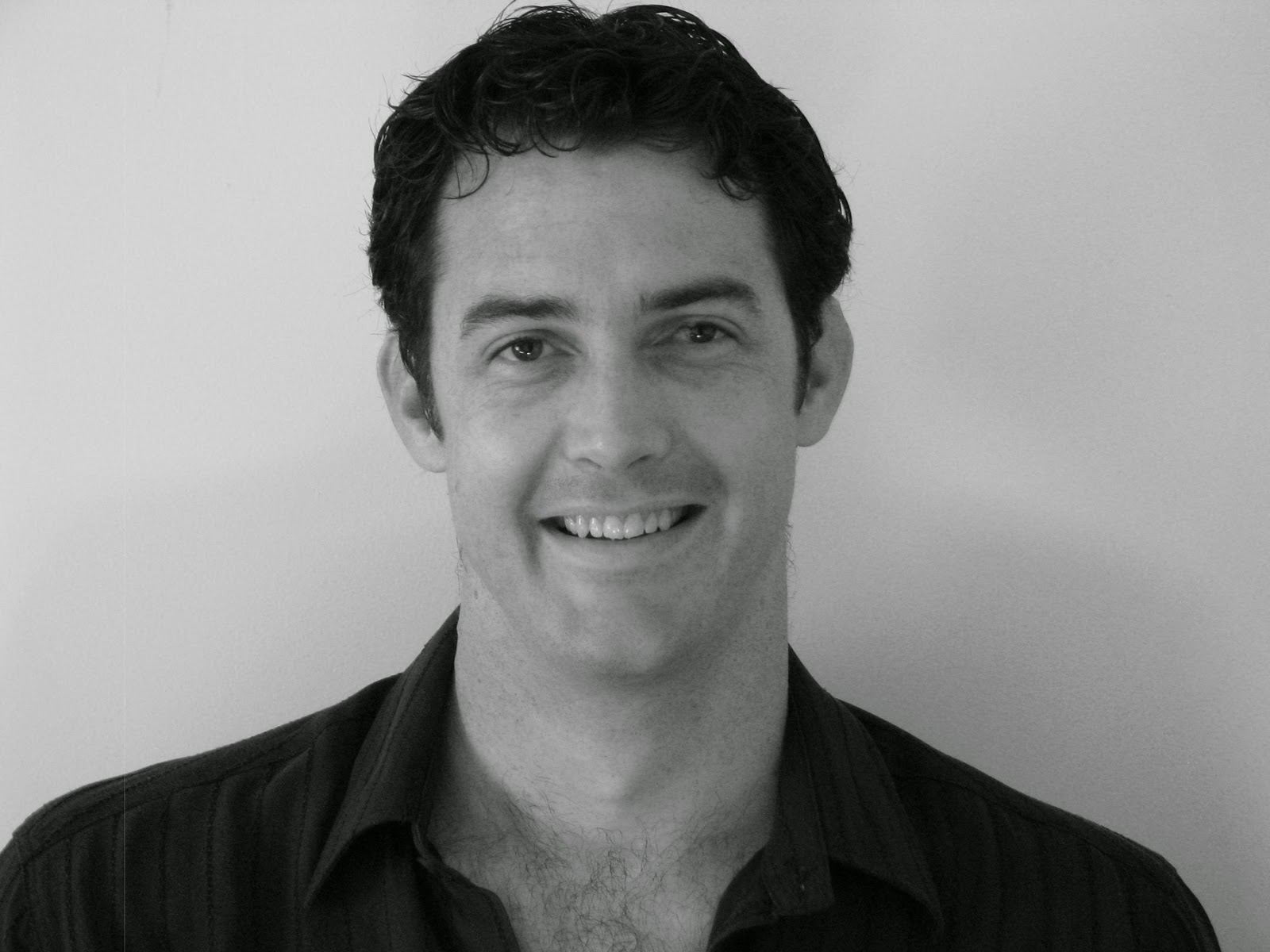 Born in 1981, Dane Richter spent his early life growing up on a farm located about an hour east of Perth, Western Australia. A love of Enid Blyton’s works first introduced him to the world of fantasy and adventure and with time, shifted to works by Tolkien, Feist and Tad Williams which opened a wider spectrum of the fantasy genre.
Although a deep-seeded passion for adventure and storytelling existed, during his high school years he had an aptitude for sport, excelling at track and field. Quickly rising up the ranks of Australia’s elite, he represented Australia in high jump at the IAAF World Junior Championships in 2000. He continued athletics for over a decade with personal bests of 2.19m in the high jump and 50.46s in the 400m hurdles and although he won numerous Australian national medals, a career dogged by injury saw him missing out on the 2002, 2006 and 2010 Commonwealth Games.
Writing was a passion for Dane throughout his track and field career, beginning in 1999 and finishing the first draft of Hunt for the Star in 2003. With education and sport a primary focus, time afforded to writing was limited. Dane honed his skill over the next few years with affiliations to Tom Collins Writers House and the Speculative fiction group KSP Writers centre, whilst penning a sequel, Rise of the Deceiver.
Dane completed a Bachelor degree in Commerce majoring in Accounting and Marketing in 2003 and worked in coaching and education over the next ten years with a brief stint as a freelance writer in 2006, publishing 23 articles as a sports writer for the Perth metro and country based paper, Community News Group.
In 2011 Dane was introduced to Hal Colebatch - a contributing author to Larry Niven’s military sci-fi series, The Man-Kzin Wars. With Hal’s mentoring, Dane got his start with a small independent press who published the paperback version of Hunt for the Star in 2012. In 2013 Dane released the ebook, which is available on Amazon.

Inspirations for the book?
There are so many! Ancient history is a big one. I became addicted to the history channel and a six-part series called "Lost Words" which delved into ancient civilizations like Aztecs, Egyptians, Norse etc. I find it interesting how religions and economy shape civilizations and their cultures.
Enid Blyton I guess would be an inspiration, as it was her books that gave me a love of fantasy as a child. I should note that my book has no fairies or chairs with wings. Swords, magic and adventure? Absolutely!
There is a hint of Quentin Tarantino in interactions between my characters, although I would not expect many people to pick up on that. I have read stories where dialogue is just delivered and accepted by the characters in order to move the plot forward. I like my characters to question decisions, complain about their injuries and prattle off on tangents, as long as all of it adds depth to the character and story.
Inspiring others to read my work inspires me to write. I was first and foremost an athlete and most of the people I interacted with were the type to watch a movie rather than read a book, which was disappointing as I believe that a movie will never compete with your own imagination. I remember an athletics official who said he would read my book because he knew me from the track but only if he found the time. He had already thought that an athlete could not write or write well enough. After he bought and read the kindle version he came back to me and raved about it, purchased the hard copy and an additional 5 copies to send to his cousins and friends who lived interstate. He now bothers me on a weekly basis for book 2 and when someone likes the book that much, it motivates me to keep going.

Did you know you wanted to be an author when you were little?
No, although I did have a love of being creative. In grade school I had a teacher that had "journal writing" as a subject and it was a way we could tap into our creativity. Anything was doable. Flick cartoons, drawings, short stories, poems etc. A friend of mine loved the NBA and did quite accurate copies of NBA logos in his journal. It was fun just see what I could do or what others would do.

Any Pet Peeves?
Nothing quirky. Dishes being left on the sink?

Chocolate or Peanut Butter?
Is there even a comparison? Chocolate of course!

The weirdest thing you've ever done?
That's a LONG story involving a former convicted felon, recreational drugs (that I didn't smoke) a group of stoners, one enthralled with his brand new cricket ball, people driving my car, fake names, taking apart someone else's car, a lover's quarrel and being thrown out of a Contract Law lecture. What I learnt from it was to never offer a stranger at the door a drink of water even if it's stinking hot outside.

Is there a soundtrack to the book/Favorite music?
Recently I've been listening to classical, inspirational or epic music including movie soundtracks. Fantasy and action movies are quite good but if I know the movie well then I start to remember the scene and that's not so good if I'm trying to write my own stuff.

Do you need anything to write?
I used to like silence, but finding a bit of music can help. NO FACEBOOK or other distractions. I am a little weak minded in that regard.

How long do you write on any average day?
About 4 hrs, BUT many writers will know that often the full 4 hrs is rarely productive. Sometimes its a frustrating 2+hrs of nothing but a couple of lines before a great 30 min patch where I can churn out a page or 2 of high quality, minimal-edits-required work.

Give us the number one reason to read your book.
Imagery, I've been told, is my thing. I see the story as a movie in my mind and try to utilize the 5 senses to bring it to life on the page. I'm proud to say that I've converted people who don't read or who don't read fantasy to enjoy the genre. A while ago a friend who works at Dymocks (Australia and SE Asia Bookstore chain) sold my book to a lady who gave it to her 11 year old grandson as a christmas present. The grandson made such a fuss over it that she contacted the store commending my friend on the fine recommendation and he also said that people rarely do that. A similar fuss was made by the athletics official I mentioned above, and he is in his fifties. I like to think I can capture the imagination of readers of all ages, but if you really want to know, and you love fantasy, you will have to read it yourself!

Edoria is at war. Artos Hestrom retreats back to his home town of Corsin where he is given the task of retrieving a powerful crystal called the Eldon Star. The ageing Artos uses lies and deceit to procure people to help him on the journey and the plight of a half-man, half-elf called Chet, provides the perfect cover. Artos' nephew, Ethan, freely volunteers to accompany him without knowing his true motives, but Ethan's death has been foreseen in a vision. Knowing that Ethan would certainly die if he continues on the journey, Artos must choose between the fate of his family and the fate of the world. Standing in his way is the evil Sorcerer, Ruehl, who has waged war in Edoria with his blood-thirsty hordes of Kròkos. Ruehl uses his minions to relentlessly scour the land for the crystal. Betrayals, challenges and loss set up a final confrontation with the evil Sorcerer where there can be only one victor.