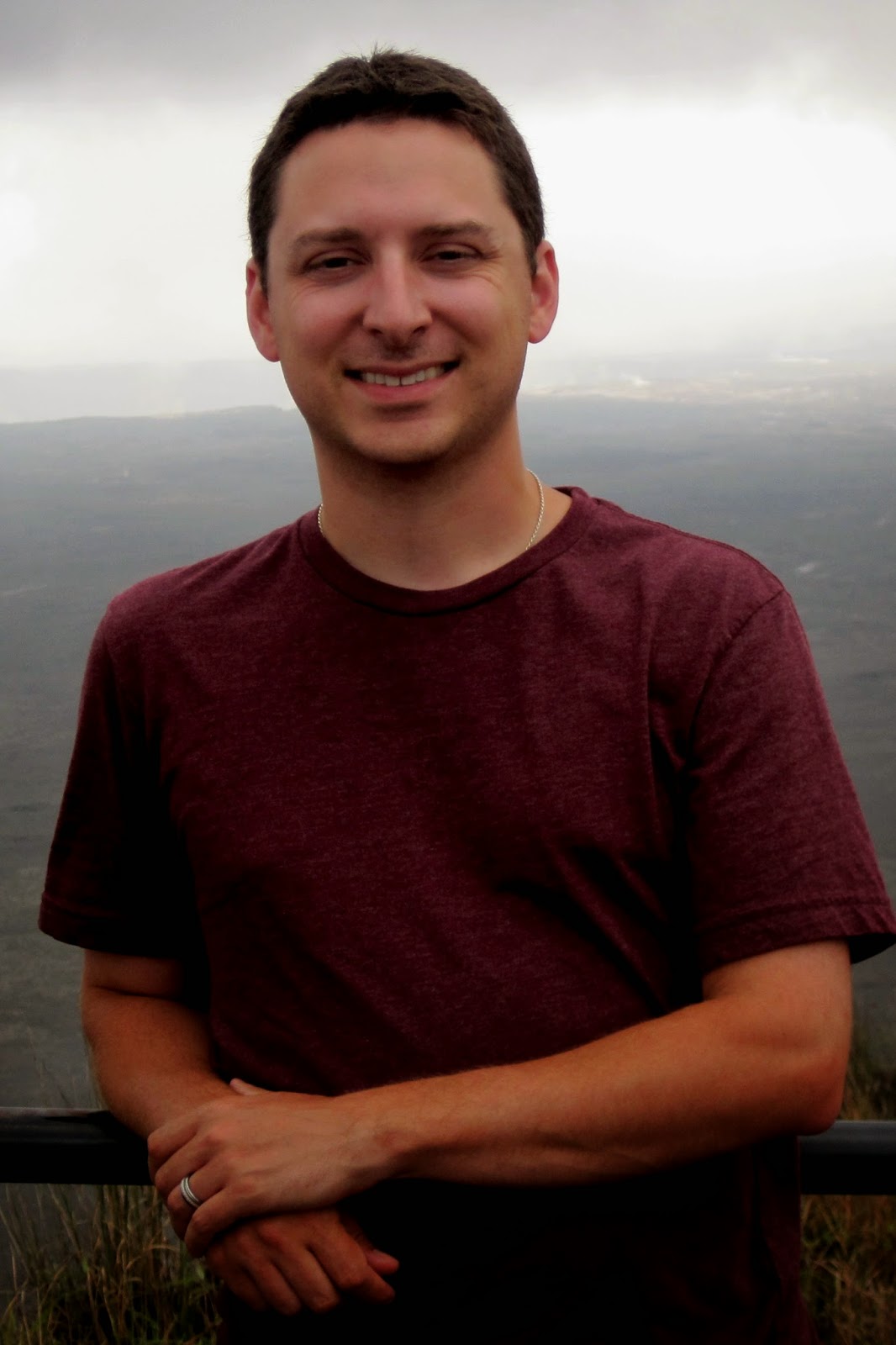 David Ciccarelli began his writing career working in the film industry. His award-winning screenplay, "Hospitality," was made into a short film. His science fiction script,"The Alpha Six," ranked first on Kevin Spacey's Triggerstreet Production contest. He reached the semifinal round in back to back years in the AMPAS Nicholl Fellowship and the quarterfinals of the Chesterfield screenplay contest. He has also had scripts in consideration at several studios and production companies before turning to novels.

Inspirations for the book?
As a U.S. history teacher, I tried to make allusions to exploration, colonization, and westward expansion without getting too heavy handed about it. I am not trying to write an allegory or a moral message, but I like a story to have layers. I also re-read several books in the process of writing Mesh, not all science fiction. I was inspired by Puzo’sThe Godfather and Brown’s The DaVinci Code for structure, pacing, and use of multiple perspectives. For sci-fi inspiration, I re-read several Arthur C. Clarke novels, Niven’sRingworld, and Walter Hunt’s Dark Wing series.

Did you know you wanted to be an author when you were little?
I always knew I wanted to be a storyteller of some sort: make movies, plays, novels, something from the imagination.

Any Pet Peeves?
Anything that wastes my time.

Chocolate or Peanut Butter?
Chocolate. Does anyone ever say peanut butter? Dark chocolate with red wine, to be exact.

The weirdest thing you've ever done?
I don’t know about weird, I’ve done some unique things: I’ve been animated into a “King of the Hill” episode, bowled next to Weird Al, and strangest of all, chose to teach history to teenagers

Is there a soundtrack to the book/Favorite music?
I listen to a lot of Hans Zimmer, John Williams, early Maurice Jarre. I’ve also been on a big Scala & the Kolcany brothers kick lately.

Do you need anything to write?
Caffeine, Snacks, no distractions (no kids around)

How long do you write on any average day?
With a full time job, and two little boys, “average day” is not an applicable term for me. I try to write for one hour a day, even if it’s just outlining or editing.

Give us the number one reason to read your book.
It’s a fast paced read with engaging characters and a multi-layered world.

Forty-four years after the disappearance of her father, Simi Duan has turned his ambitious vision into a corporate empire. Her main business is constructing space station. Her latest station, the Duan Gardens, is set to orbit further from Earth than any other outpost. This risky venture makes her the target of politicians, competitors, and militants who feel the Simi Duan is pushing society too far too fast. Zahir Bard is a recently retired diplomat for a government rapidly becoming obsolete. The United Earth Administration coaxes him back to public service to supervise the burgeoning frontier, especially the operations of Simi Duan. He agrees, as much to protect his own legacy as to protect the bureaucracy that employs him. Skulking in the dark corners of man’s prefabricated outposts is mercenary Cyril Tarsi. He has spent his adult life running from the mistakes of his youth, each contract possibly his last. He wants to find a life where he can be just a normal, anonymous citizen. His latest target might take him to that goal, or might get him killed. Desmond Colson is a twelve-year-old boy who has bounced along humanity’s path into deep space. His family’s nomadic lifestyle has left him isolated and weary. But the family’s next move is to the Duan Gardens, the literal edge of human civilization. Dez hopes that this move will finally bring the Colson family to a place they can call home. The entrepreneur. The politician. The assassin. The child. All pioneers moving deeper into the Solar System, and closer to the Mesh. ** Mesh: Book 1 consists of the previously released e-novellas: The Pioneers, The Other Side, and Horizons **