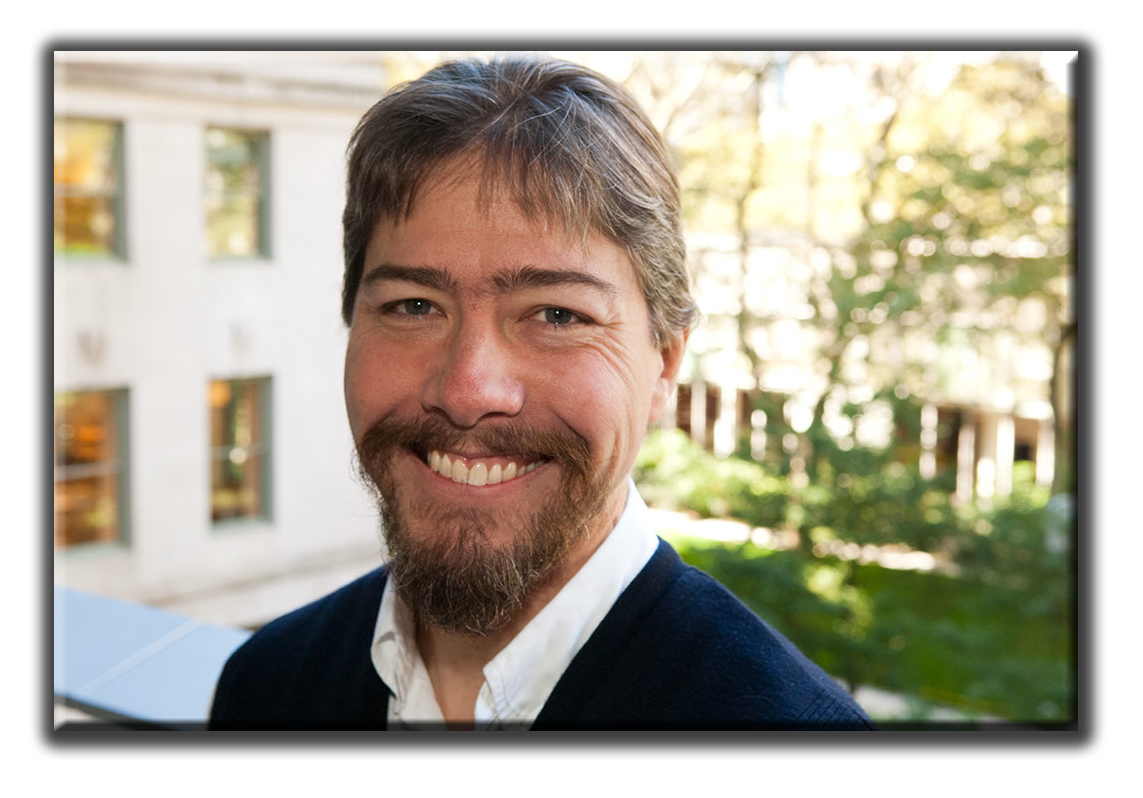 I am a biomedical researcher who writes political and international thrillers, science fiction, narrated storybooks, and more. I was born in the Midwest. My mother worked as a clinical psychologist, and my father was a professor of romance languages at the University Nebraska in Lincoln. In fact, his specialty, old romance languages and their literature, is the source of the strange spelling of my middle name: "Erec". It is an Old French spelling, taken from an Arthurian romance by Chrétien de Troyes written around 1170: Érec et Énide. Had my brother been a girl, he would have been named Enide. Instead, he's Michael! I have pursued diverse interests over the course of my life, including science, music, drama, and writing. My academic path focused on science, and I received a degree in physics from Oberlin College in 1992, and a PhD in biochemistry from Cornell University in 1999.

This is a hard one to answer, due to the somewhat meta-recursive nature of the narrative. A conceit of the books is that a being of the future is writing her story through me, so that, in this sense, SHE is the inspiration. Assuming that this is just a figment of my imagination, then I would say that the story grew on the sands of Greece when I wanted to write a “super heroine” novel for my (then) middle school-aged daughters. By the time I had finished book 1 (READER), they were much older, had outgrown the original novel (which necessitated several major rewrites), and the book took a somewhat darker turn as it was remodeled. I had never intended any sort of a series for the first book, but the strong reactions to the first novel convinced me that there was a group of people who wanted to hear more about this story.

My inspirations included a host of science fiction stories I had loved as a young man, strongly influenced by ideas in Olaf Stapledon’s “Starmaker” and Frank Herbert’s “Dune” books, as well as some ideas in modern physics and cosmology, as filtered through the lens of a biophysicist. The next two novels extended some of those ideas and then ran in transcendental/tangential directions with them, while then tying in my own idiosyncratic ideas of how we might conceptualize “creation” given our modern scientific mythology. My love of thrillers led me to try and take these often esoteric ideas and ground them in a narrative structure that would still be exciting and interesting, and thereby avoid drowning in metaphysics.

I never thought of it as a vocation. I knew I wanted to create. As I matured, that took on a spectrum of meanings from building protein models as a scientist, writing stories, and even making musical instruments.

Metaphysical certainty. In fact, certainty of any kind. Cruelty. Indifference. Ice in whiskey.

I don’t understand the question.

For me, reading and listening to music are orthogonal activities. Music is all consuming for me, nearly like a psychotropic drug, so that I cannot imagine doing anything else meaningful, anything that required any other significant cognitive input, when experiencing music. More power to those that find these activities compatible! If I were to pick music that I thought matched the emotions and ideas I had while writing the novels, I would point to the book video trailers I made where I tried to find (affordable) music that reflected what I felt was the essence of the novels.

Chunks of uninterrupted (by events or thoughts) time. Emotional involvement in the narrative.

I have two modes: writing a book mode and not writing. The latter is obviously nothing. When writing a book, I tend to churn out 1-2K words a day. 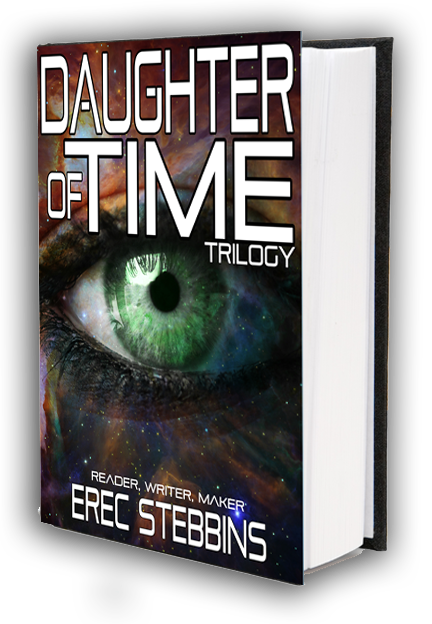 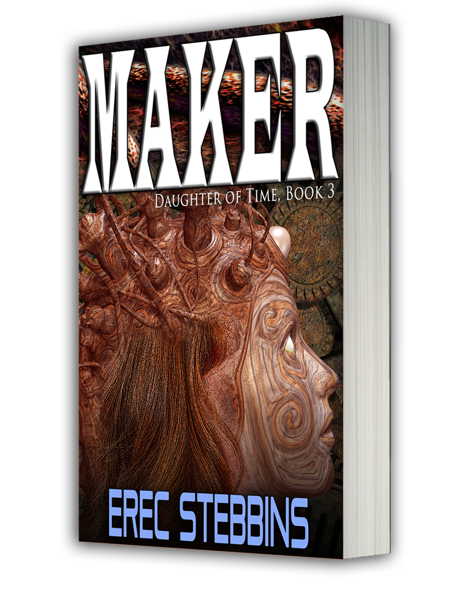 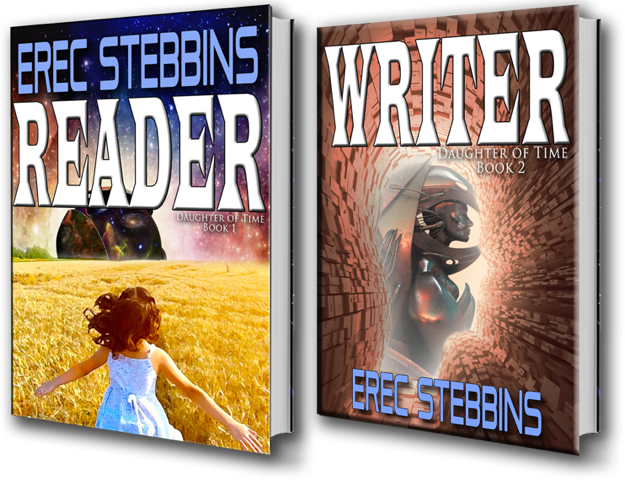 READER
From the future, a final plea. Out of the past, a last hope.
A young girl, born to die in freakish disregard. A doomed world, enslaved to forces unseen. A final hope beyond imagining. Become a Reader, because in the end, the most unbelievable step in the adventure - will be your own.

WRITER
From hatred, Love. From many, One.
Book 2 in the Daughter of Time trilogy: A love story and sci-fi epic about the beautiful and terrible destiny of profoundly star-crossed lovers with a galaxy's fate in their hands.

MAKER
Until all is lost, nothing is found.
Conclude the epic story of Ambra Dawn in the final installment of the trilogy. A story in which the one that was lost will be found. Where a thief will guide through chaos and time. Where all that was held dear will perish. And in that final and utter destruction—there will be a Creation.