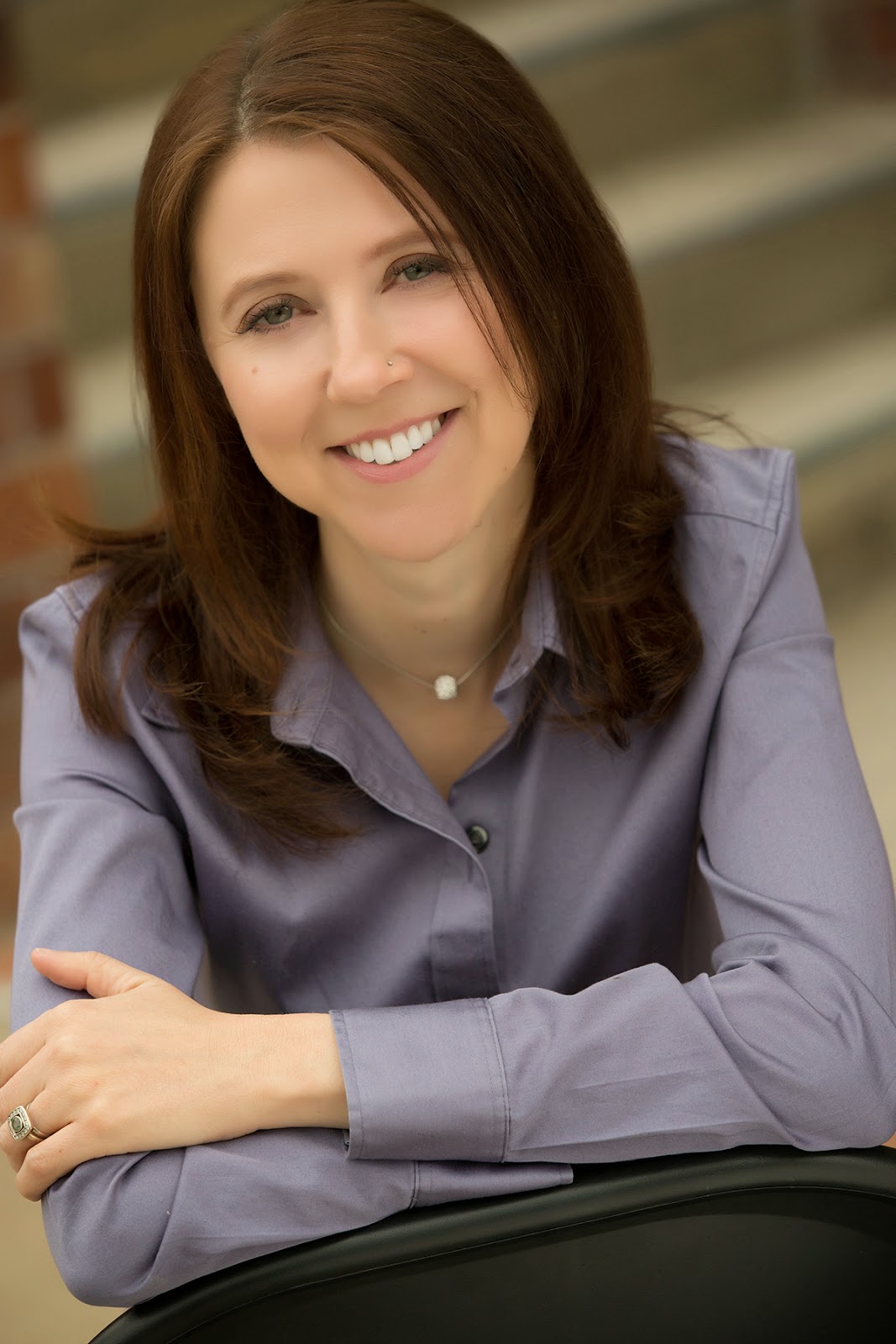 During the daylight hours K. Ferrin lives in a world filled with satellites, windowless buildings filled with humming machinery and robust HVAC systems, and networks spanning half the globe.  When the working-day ends magic, myth and adventure come out to play.  Her heart lives here, along with her blog and writing.  She lives at the foot of the Rockies with her husband and two pooches.

Favorite reads?
I love the Mad Ship books from Robin Hobb.  Of course Lord of the Rings is on the list, as are the Song of Ice and Fire books. More recently I really enjoyed The Night Circus by Erin Morgenstern and Ocean at the End of the Lane by Neil Gaiman.

Inspirations for the book?
Magicless started live a very long time ago as a character sketch of a small but square whisky swilling chain smoking Irishman who investigated the paranormal. Of course he himself had no magic, so things were a bit hard on him. This character was shelved in favor of other books but when my nephew started having trouble with bullies in his neighborhood Magicless reappeared.

Bullying is often about punishing those who are somewhat different than others. For reasons I don’t understand humans seem to seek out uniformity, but our real strength lies in diversity. I started thinking about  a story that explored these ideas, where differences were not only interesting and fun but essential.
Magicless himself changed quite a bit in this process I’m sure you can imagine!

Did you know you wanted to be an author when you were little?
I have always written stories. In fact I recently stumbled on a story I wrote when I was in second grade called Goast (actually about a ghost). Fortunately my spelling has improved over time!

While I’ve always written stories I didn’t really think seriously about being an author until High School. Like many others, I shelved my passion for words and began working on a more acceptable career in technology, but I always wrote.  Then last year something just clicked and I decided no more waiting. Since then I’ve published two books and am finishing up on a third. I’ve got ideas for future stories coming out my ears and I can’t write them fast enough!

Any Pet Peeves?
I have a strong distaste for close mindedness and uniformity. I really do believe our greatest asset is diversity. I try to embody this in my writing and in my life.

Chocolate or Peanut Butter?
No no... you are mistaken.  It’s chocolate AND peanut butter. :)

The weirdest thing you've ever done?
Hmm... Well, I love to travel and I’ve had many amazing adventures over the years. Perhaps one of the most uncommon things I’ve done is spending six weeks living in a tent working on an archaeological excavation. That was so much fun! I also took a two month solo backpacking trip to Europe in my twenties. I camped my way around France and Spain. I loved every minute of it. My mother, however, was not so enthused about it!

Is there a soundtrack to the book/Favorite music?
I am sometimes inspired by a certain song, album or artist in my writing. While writing my second book I listed to one specific song over and over again as I wrote - it really inspired the story. Magicless was driven more by my nephew and his experiences, there really wasn’t any musical inspiration that went along with it.

Do you need anything to write?
I need at least a couple of hours in order to write. I’m not someone who can sit down for ten minutes at a stretch and hammer out words. I’m also far more productive in the morning than I am in the evenings.

How long do you write on any average day?
I write for three or four hours on average. My all time record was eight hours and just over 8,000 words - my muse was on fire that day!

Give us the number one reason to read your book.
Because it is awesome, of course! ;)

If you enjoy fantasy and love an adventure I think you’ll enjoy Magicless. My readers seem to really love the characters in the book and love that it is a character driven adventure, rather than just a series of plot points strung together. When you read it please leave a review or shoot me an email and let me know what you thought, I’d love to hear the feedback!

Author Info:
You can find me at www.kferrin.com, I’m very active on Twitter: @ScrivK, and I pop onto Facebook pretty regularly as well:https://www.facebook.com/ScrivK 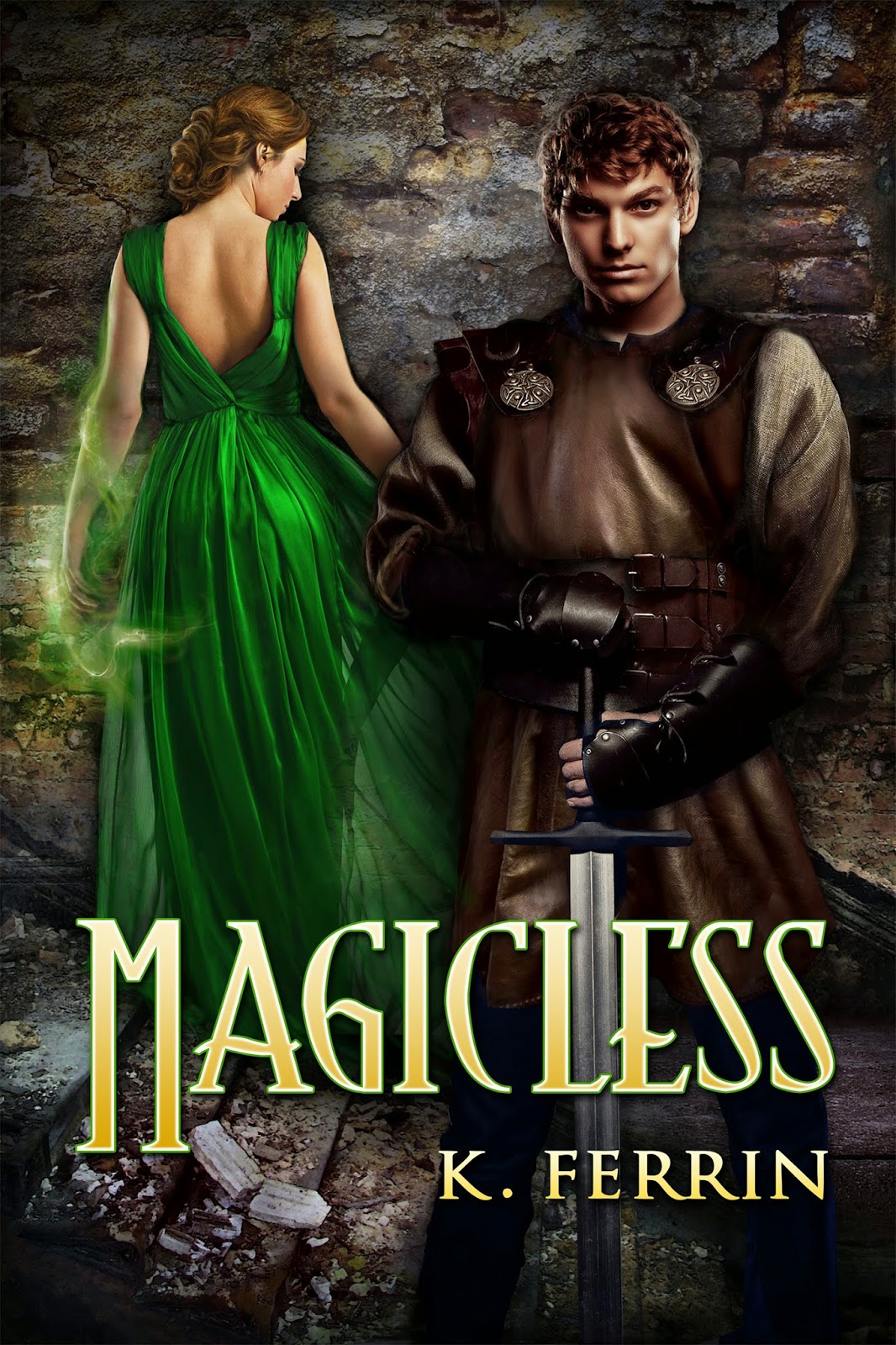 Deep in the Oakwood, a boy is born without magic.

In a land where powers flow through one’s veins as naturally as water down a mountain stream, Micah is an aberration detested by everyone—everyone except Alekka, a gifted but solitary mage who understands the price of isolation. Her sensitivity to the thoughts of others drives her to seek solace in the forests surrounding Aclay, a small village that has been living under a malevolent shadow for hundreds of years.

As fear and loss ravage the countryside, the two outcasts form an unlikely bond forged in loneliness and surrounded by the flickering silhouettes of destiny. When their home is destroyed, the outcasts must join a volatile group of their peers on a journey that threatens to strip them of everything they cherish, imperil everything they’ve ever known, even force them to question the nature of reality itself. Can they find the key to stemming the tide of darkness without losing themselves along the way?